Surviving in the Cat World

Two days ago, we finally made the decision to adopt Sammy formally into the family. 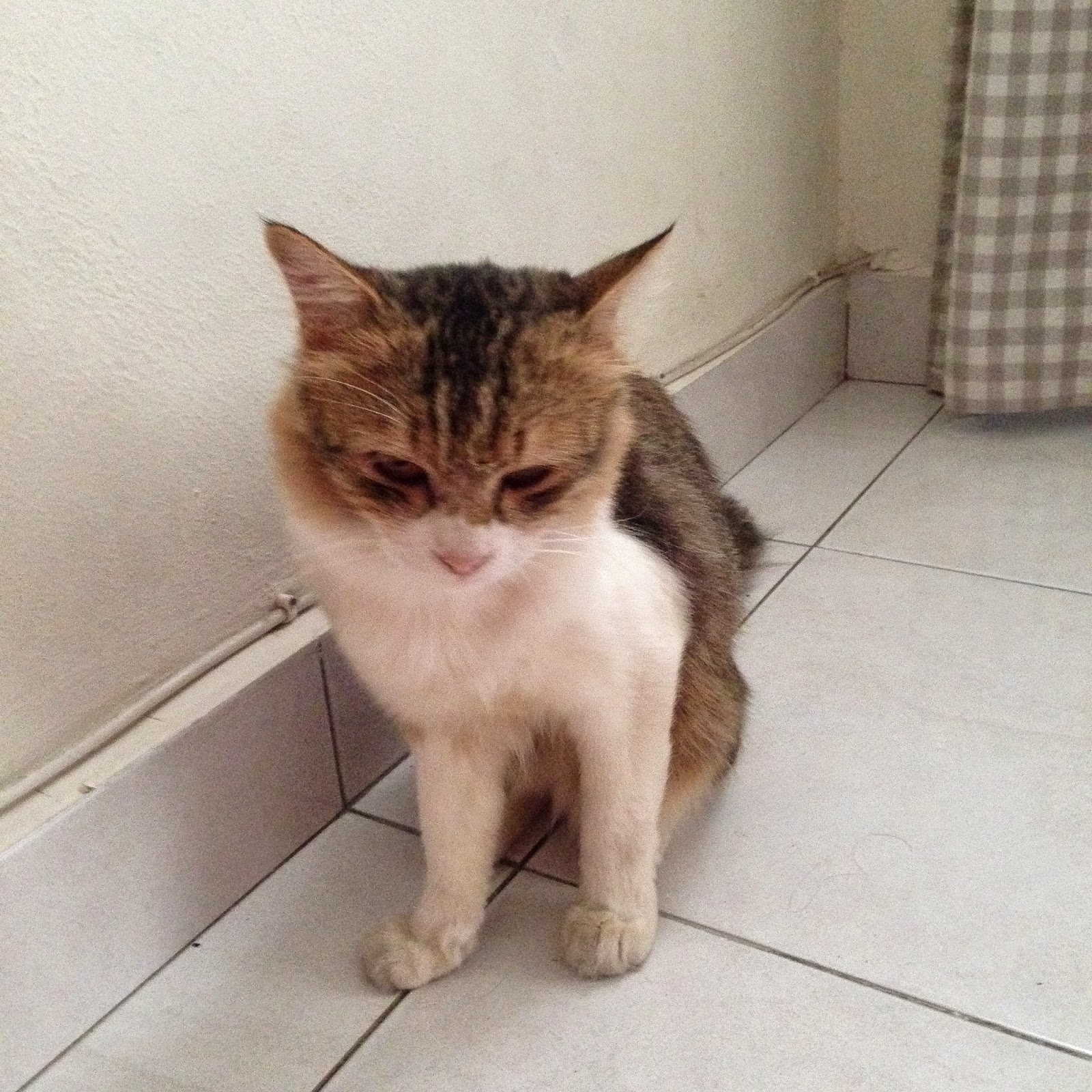 He is now practically THE house cat, more so than Seman who comes home only when he is hungry or when he needs a comfortable place to sleep in peace.

The ultra cool Seman tolerates him, even allowing him to sleep on the living room ottoman and the dining table, although Seman never entertained his tentative licks of friendship.

He never tries to compete with Seman, always giving way to him, and will only eat after Seman has had his fill at the food bowl.

That kind of easy relationship that he has with Seman, the first stray that we adopted because he was just the coolest kitty ever, is the main reason that we decided to adopt him.

When Sammy first began to come regularly for meals, we found out from a neighbor that he was originally one of four kittens that was born into a young family two blocks down the road.

However, as the family grew, with a new baby and a less than attentive new "bibik", the kittens grew up to be neglected adolescents.

Sammy also had the misfortune to be the runt of the litter, so he lost out to his brothers; being the last to eat, and constantly chased out of the brothers' territories, be it under the cars, under the porch or other comfy nooks and crannies for cool afternoon naps.

Eventually he was abandoned by his family to the mercies of the neighborhood cats and the ferocious Persian foursome from next door; Shifu the beautiful brown tabby, Blackie the orange-eyed gang leader, Night the chubby enforcer and dainty Cutie Pie who depends upon her brothers to ensure the neighborhood is safe for her. (These are of course not their real names as given by their owner).

He became another semi-longhair stray, spending most of his time with backlane strays who were mostly similarly abandoned by their families, waiting on the mercies of the neighborhood samaritans for scraps of food and napping at the edges of the group for safety against bullies.

Then one day, all the backlane strays disappeared, but Sammy was still there furtively hiding under Yaya's plants.

He scratched on our kitchen door one wet morning, drenched, hungry and pathetic looking, begging to be let in, so Yaya took him in, toweled him dry and fed him off Seman's bowl.


Now he hardly ever leave the house, his only activities are either sleeping or eating or begging to be petted.

My only worry now is whether we can afford to keep him fed as he seems to have a huge appetite.