In the second instalment of this series of articles on Johor, we got a glimpse of how Johor BN under the stewardship of its chairman Datuk Abdul Ghani Othman would handle the coming onslaught of the Pakatan hordes in the coming general election.

The battle plan seems solid as proven by the success in the Tenang by-election.

However, as with everything else in life, things are not perfect.

Among the biggest problems faced by Johor BN in executing its plan is the apparent selfishness of some of its leaders (in this case, those from Umno) who only care about their own short-term political survival rather than ensuring the continuity of the coalition's dominance in the State.

On another front, the stupidity of the Johor Pas leadership who are allowing themselves to be manipulated by their Pakatan partners (especially DAP) is another major concern as it could break the Malay vote bank of Johor BN.

Let us not even get into the details of what is happening, or rather what is not very happening in MCA and Gerakan. I will deal with that in other pre-GE series on Johor. 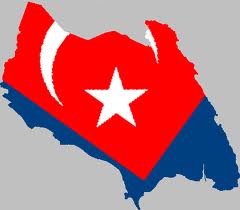 Despite claims by opposition figures that Johor is ripe for the picking, the reality on the ground is not so clear-cut.  PAS has been trying to convince themselves that they can take on Umno in Malay-majority seats, but in truth they have been relegated to the role of breaking Malay solidarity in Johor to enable DAP and PKR to win valuable Johor parliamentary seats.

Case in point, in the fight for Muar-Maharani-Sungai Balang, if the Umno candidates Datuk Mohd Ismail Mohd Shah for Maharani (53% Malay voters), and Dr Robia Kosai for Sungai Balang (71% Malay voters) had not been so stupid as to have their factions sabotaging each other during the 2008 campaign, the likelihood of PAS winning Maharani would have been extremely slim if not impossible.  Actually, Sungai Balang remained an Umno seat by virtue of it having a larger proportion of Malay voters than Maharani.  It can therefore be concluded that Umno gave away Maharani to PAS in 2008, which in football terms would be an "own goal".

My personal assessment is, it would be stupidity in the extreme if Umno were to put these two up as candidates again in the next General Election, regardless of quota requirements or whatnots, as they have proven themselves to be morons of the highest order.  Word on the ground is, if Dr Robia is Umno candidate again in the coming election, Malik Mohd Diah (of PAS) may become the new ADUN for Sungai Balang.  So if Umno is really going to field winnable candidates in the coming GE, they already knew whom not to field in Sungai Balang.

However, what is happening further down south in the Kulai and Gelang Patah parliamentary constituencies is far more interesting, where we can clearly see how the fight for Johor will unfold in the coming months.  The recent fight between DAP and PKR over the Gelang Patah parliamentary seat was reported in the press, signifying the first public signs of cracks within the opposition pact in Johor.  However, more interestingly, is that it reflects the level of confidence the opposition pact have about winning both Kulai and Gelang Patah in the next General Election. 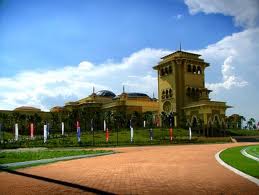 Gelang Patah, which is where the seat of power of Johor at Kota Iskandar is located was PKR's battleground in 2004 and 2008, and they had been putting everything into wresting Gelang Patah from BN in the next GE, with their AMK virtually setting up camp and operating out of this constituency.  In 2004, they didn't do too well, garnering a measly 9,335 votes, or 18% of total turnout.  In contrast, they did very well in 2008, with their candidate getting 41% of total votes, a significant increase from their previous effort, largely thanks to PAS supporters.  If the trend of dwindling support for BN continues to the present, the likelihood of BN losing the Gelang Patah parliamentary seat is very real, thanks to the continuous hard work of PAS members and Umno's complacency there.

Support for PAS in Nusajaya state seat in the 12th GE was more than double that of the 2004 GE.  It has been observed that once PAS got you, they rarely let you go, so I expect the support they got in 2008 will not be reduced by much if at all.  The surge in support for PKR is largely due to Malay votes as the mainly Chinese Skudai voters were overwhelmingly for DAP in the Skudai state seat but didn't give similar support to PKR for the parliamentary seat.

Even though it is unlikely that PAS would win in Nusajaya, they have done their work well in that particular constituency to split the Malay vote and will probably be instrumental in delivering the Gelang Patah seat to the opposition pact, regardless of it being DAP or PKR. 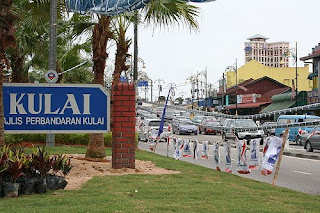 Meanwhile, the fragmentation of Kulai Umno is apparent, while MCA has yet to recover from their internal strife in this Chinese-majority constituency.  With Chinese representing almost 60% of its constituents, the role of MCA and Gerakan in reversing the trend of dwindling support in Kulai will be crucial.  MCA has not been very successful in attracting younger or new voters as reflected by a recent public event at a Sekolah Jenis Kebangsaan Cina in Senai where even the attending NGOs were just MCA-led NGOs.

Unless the infractious behaviour of Umno warlords in Kulai is contained, the trend of dwindling Malay support for Umno will eventually contribute towards the loss of the Kulai parliamentary seat despite it retaining the Bukit Permai state seat.  While the divisional leadership is in a state of extreme complacency, in-fighting occurs at all levels and the grassroots machinery has yet to be fully mobilised.  Only the Wanita wing seems to be working on the ground, with the Wanita wings of MCA and Gerakan also doing their part.  If not for the internal strife within DAP and between DAP and PKR, this situation would have been fully exploited by DAP to expand its influence and strengthen their grassroots support.

For the coming GE, Dr Boo Cheng Hou, the DAP representative for Skudai, would have preferred to stay and fight for Gelang Patah by swapping another seat with PKR, but it looks like he has to set his sights on Kulai instead to further his political career.  This means he will have to depend on the Bukit Permai PAS supporters to reduce BN's Malay support in the only Malay majority state constituency within Kulai and it looks PAS will deliver despite them not likely to win the Bukit Permai seat themselves.

Assuming that the opposition assessment of having more than 80% of Chinese and Indian support is true, PKR will win in Gelang Patah and DAP will win in Kulai if PAS members continue to do well in reducing BN's Malay support in these two constituencies with their usual passion (and blind devotion to party rhetoric).

That means PAS will be able to deliver two parliamentary seats to the opposition pact without winning a single seat themselves.

The Gelang Patah and Kulai strategy will likely be adopted by DAP in other constituencies with similar ethnic composition (which is most of urban Johor) to ensure that they can capture up to 5 parliamentary seats and 12 state seats in Johor.  PKR may be able to gain a parliamentary seat and 3 state seats.  It would be wise for BN to contain opposition activities in Tebrau, Pulai, Pasir Gudang, Labis, and Segamat in addition to Kluang, Bakri, Kulai and Gelang Patah.  These parliamentary seats are vulnerable for Johor BN.

Despite all these, the Johor BN election machinery, under the leadership of Ghani, are currently being mobilised to ensure that the formula first deployed in the Tenang by-election will be applied in full force for a clean sweep of both state and parliamentary seats in Johor.  If done right, this will ensure that Malay support for BN will continue to grow to 70-80%, and may reach 90% in areas where Umno perform well at grassroots level in the past few years.

With the resurgence of Umno and MIC, and if they do not sabotage each other like the two moronic Umno candidates of 2008 did in Muar, it is not likely that PAS will retain either Sungai Abong or Maharani.  Unless BN really mess up, PAS will not win any of their Malay-majority seats either.

However, PAS will continue to play a significant role in reducing Malay support for BN, and this factor is something BN, and more specifically Umno, will have to take care of.

With MCA and Gerakan still in defunct mode, it will be up to Umno, with the help of MIC, PPP and other Indian-based entities within BN to ensure the coalition's victory in Johor.  Unless MCA and Gerakan wake up from their slumber, they will find themselves without a single  win in Johor - a worrying prospect indeed.
Posted by BIGCAT at 10:00