How to deal with Umno barbarians 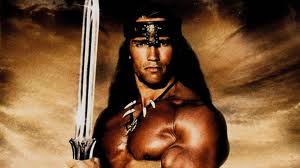 He should now lodge a police report and then sue the Umno barbarians for their barbaric lies.

No point in just acting so agitated over the "barbaric lies" that he had paid RM200k to shut up the parents of a girl whose breasts were allegedly fondled by his son.

Unless that is, he is just trying to put a smoke screen over the whole thing. You see, young lawyers are always told by their mentors that - if you can't argue intelligently, then you must argue loudly.

If he is so in the right, Guan Eng should have nothing to fear if the police investigate the case and later on he can take the barbaric Umno fellas to court.

After all, If Guan Eng just cry foul against the Umno bloggers, he may just gain the sympathy of DAP and Pakatan supporters, but if he win in court, he will win a lot of votes from the fence sitters too. Think about it, ok.

As for the barbarity of the Umno bloggers attacking his young son to get at him - well, Guan Eng, you also used an underage girl to destroy Rahim Thamby Chik what. So, no point just bitching about that. You see, everyone plays dirty in politics. Just look at the Pakatan people attacking Rosmah. She is just Najib's wife, and by right should be considered as a "non-combatant". Yet, still she is fair game to them. I think she got bashed up by Pakatan bloggers more than Najib.

Once the case is investigated by the police and goes to court, it will all be out in the open. A good chance for Pakatan to score a huge point....IF Guan Eng wins.

On the personal front, Guan Eng must get justice for his son who was so maligned by those despiceable Umno barbarians.

The poor boy need his father to act decisively to set the record straight. Otherwise he will be tainted with a stigma of being a breast fondler for the rest of his life.

Mere castigating of the Umno barbarians is not good enough la Guan Eng. Again, I implore you - You MUST take those Umno fellas to court so it can become official that your son is not a breasts fondling maniac.

Guan Eng, you must remember that an allegation of sexual misconduct always sticks even if it is just a barbaric lie.
Remember your old nemesis, Rahim Thamby Chik. He was never convicted of raping that underage girl that you so valiantly defended till you landed in jail. The girl even later on denied that she was raped by the former Malacca chief minister. Yet, the stigma of him being a rapist stays. He was an Umno shining star at that time, now he is just a tahi bintang.

So you must do the utmost to protect your son. Get the police to investigate. Take the case to court. Otherwise people will never be 100 per cent sure that your son never fondle the girl's breasts and that you are not as corrupt as any Umno barbarians for paying the RM200k to the girl's parents to cover up the case.

p.s - Psssttt...Guan Eng, when are you going to sue those barbaric Bernama and TV3 lah....