The need to win the cyberwar

The biggest problem with Johor BN's campaign to win the hearts and minds of the people is that they simply do not have enough resources. I know, you all think I'm bullshitting, but this is the truth.

Never mind, I know that most of you all will still never believe me, so I'm just putting it here for the record.

On the cyberwar front for instance, Johor BN were mostly dependent on volunteers to provide the coalition's arguments with some semblance of credibility in the cyberspace. They have no specific allocation to wage war on the cyber-front. Yup, you may not want to believe it, but its true, Johor BN do not hire cybertroopers.

As for pro-Umno Johor-based bloggers you saw roaming around the cyberspace, they were mostly those aligned to certain divisional warlords and not the party itself per se. As far as I know, the State liasion committee and the MB do not bankroll specific bloggers to do their biddings. I did asked Johor Umno media handlers why this was so, and the simple reply was that they do not have any allocation for such things.

It's a direct contrast to the Penang DAP which employ a squad of cybertroopers based at the Komtar. They were well funded, trained and coordinated. You can see them in action at any credible pro-BN blog which post anything against DAP. They would hog the comment space to neutralise or divert the readers to other issues favouring DAP.

Maybe Johor Umno/BN should seriously consider this weakness of theirs and do something about it. I'm not suggesting them to hire cybertroopers like Guan Eng did, but at least do something la to encourage pro-Umno/BN bloggers to be more prolific and provide them with the necessary equipments and a common platform for better coordination. Its something if done is going to be all win and no lose. Afterall, almost everyone goes to the cyberworld for information these days. 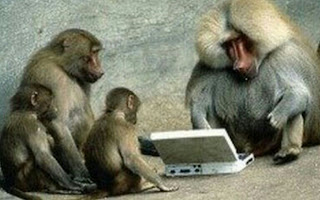 I hope this humble suggestion of mine could be seriously considered, and considered fast. The general election could be held within the next few months and Johor BN/Umno will need all the help it could muster.

I'm not hoping much for BN/Umno people in KL to understand why I need to do this posting as I know they were flush with fund for cyberwarfare. But hopefully, if someone at PMO is reading this, he/she will deem it necessary to suggest to the PM for an additional allocation to be channeled to Johor and other States for this purpose.
Posted by BIGCAT at 11:19