The case of three Singaporeans from their High Commission office taking part in Bersih 3.0 is actually quite funny to me. There's no denying that they were there.  High Commissioner Ong Keng Yong even said they were there in their personal capacity. The Singapore Ministry of Foreign Affairs had on the other hand issued a statement that that the trio were at the Bersih 3.0 as "impartial observers" as " part of their normal professional diplomatic duties".

Hmmm...which one of these explainations is true? Very wierd that the usually sharp Singaporeans behaving this way. I tend to believe that they were really caught in a fix this time. You see, Singaporean officials are mostly smart and efficient but there is something not very mature about them. They tend to blush and behaving awkward when caught with their hand in a cookie jar. Well, I hope my Singaporean friends would not get angry with me for saying that. It's just my personal observation from years of going in and out of their country via the Causeway. I'm not saying that they are not good but I always feel that there is something mickey mousy behaviour about the way they carry themselves. 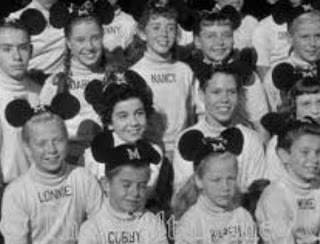 Actually, I don't really blame the Singaporeans for being who they are. I mean, it's their own business if they want to hire some Ghurkas and place them at their CIQ checkpoint at the Causeway...which is kinda childish in my opinion. Afterall, their country is more like a gated housing area of rich people more than anything else. So, every little excitement should be treated with maximum due care, I guess.

So, that's why I think those ladies from their embassy should be excused for getting over excited over the Bersih nonsense. That's of course provided that they were not real instigators and were at the rally just for fun la.

If you can't figure what I meant by that, then you should just observe the way Guan Eng behaves and carry himself...and then imagine what if he become the role model of the rest of us all. Scary isn't it?
Posted by BIGCAT at 16:05