Being not well for the past few days. Too sickly to do any postings.

Seems that Nizar the laser mouth really got Johor Pas in trouble. Simply simply insult the Sultan for what. Even Salahuddin Ayub know this. Well, Salahuddin actually should thanked Nizar. At least now he has an excuse when Johor Pas fail to deliver in the coming general election. In all probability, Johor Pas is going to fail anyway as support for Umno and BN among the Malays is on the rise of late, according to the Merdeka Center poll.

Actually, Johor Pas should not be too disheartened. I think they are better being losers than being mere stooge of Johor DAP which is the real king of Pakatan in the state. I don't think Salahuddin wants to be the puppet MB to DAP like Nizar was. He may not want to say it, but being a Johorean Malay, I believe he does have some amount of dignity left in him. Nizar's MB title back then actually stands for Monkey Blur...as far as I'm concerned la. 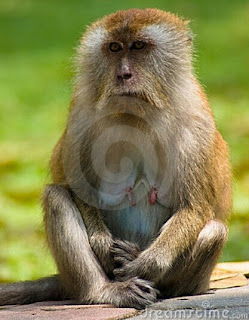 Anyway, Johor Pas campaign here are really going nowhere. This was evident when they started to come up with perposterous excuses, the latest beng the claim by their youth chief Suhaizan Kayat that Umno people are using black magic to sabotage Pas. Really, I'm not kidding you. He made the claim during the recent Johor Pas meeting at a hotel in Skudai. He said Pas leaders tend to get sick when they were about to go for their ceramah rounds and he blamed it all on Umno's doing black magic stuff. Well, really fancy excuse isn't it?

In another news, my favourite chief executive in Johor, Encik Ismail Ibrahim is now Datuk Ismail Ibrahim. Congratulations. Surely Irda will be a better organisation with a Datuk at its helm...I think...

Err...that day also someone asked me whether its true that Datuk Lim Kang Hoo aka Datuk Ghost is now a Tan Sri. Since I'm not that close to him, I can't say for sure. Anyone knows?
Posted by BIGCAT at 18:02