Thinking of the Future

Chua Jui Meng is reportedly OK, but location is unknown. 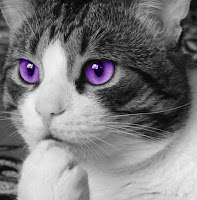 The happenings in Johor and moves by the various political parties, most especially the dynastic power tussle of the Lims and the Anwars, have given a Rational Mastermind a reason to ponder.

We have seen how a particular "chinese revolt" turned out for a segment of the people of an island up north and how that revolution has evolved to affect the lives of low income workers and small businesses, regardless of their ethnic background, who are now left with no choice but to look for affordable dwellings and greener pastures in the mainland.

Of course there are also stories of gag orders, press boycotts, private "security" units enforcing the "security" as they please, not to mention the problems caused by Microsoft Excel to an exemplary democratic and transparent election process, and now a typo, probably the fault of Microsoft Word, that caused differences in the billions.

The holy "green uprising" from the northeast has swept across the north and the almost unchecked destruction of Lojing is now replicated across Kedah, from Baling to Pedu.

We are witness to the decades long success of a certain northeastern state government exporting their brand of holiness to other parts of the country through the "migration" of their people who not only benefit from the good jobs and good living elsewhere, but returning in droves during elections to ensure stunted economic growth at their "kampung", amid unsavory stories of sexual exploits, domestic abuse and funds mismanagement.

Then there is of course the absolute mess in turquoise territory, being advised by God's Gift no less, with ADUNs and MPs who spend most of their time blaming everyone else for everything gone wrong with their sex lives and yet continue on their merry way to ruin what was once the richest and most developed state in the country.

Or not saying anything sensible at all in the Dewan, if they were there, because they were too busy with their facebook, tweeter and spy camera to feed the rapacious need of their cult followers for more of their repetitive pure and holy pronouncements, peppered with large doses of insinuations and unveiled insults against non-followers.

Maybe these are the domains of Potentates, ulama's and God's Gifts, but Johoreans must not allow their emotions to overrule their thoughts in the upcoming general election, because that's what is coming their way via Gelang Patah.