Why aren't we surprised?

Despite what is happening in Sabah at the moment, the opposition pact leaders and propaganda apparatus are still in their all out "attack-the-police-army-government" mode.  There was Tian Chua, and now we also have Nurul Izzah as reported by MIK.  But then we shouldn't really be surprised, because as Annie reminded us here, they see our police the way Kiram and his army saw our police, and if they had the chance, they probably would do the same things that Kiram's men did to our men and women in blue.

I've got here some photos of our forces in action in Sabah,  not that war is cool, but I really admire them, because despite the noise made by these opposition mosquitoes, they just ignore them, like they ignore the gnats and the leeches in the jungle.  Annoying, but of little consequence.  How cool is that? 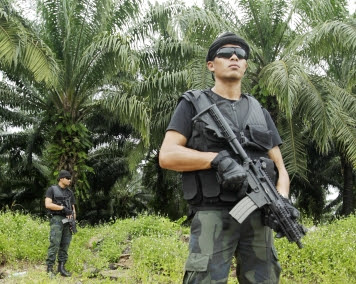 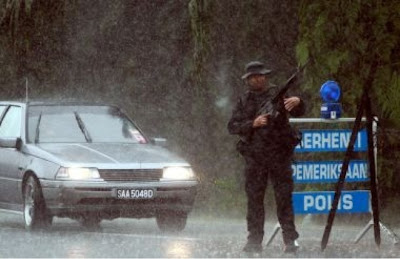 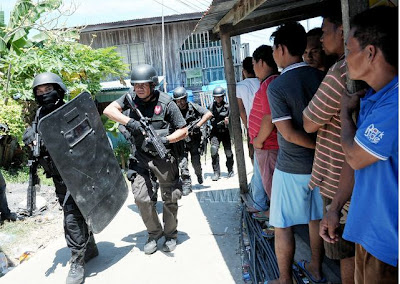 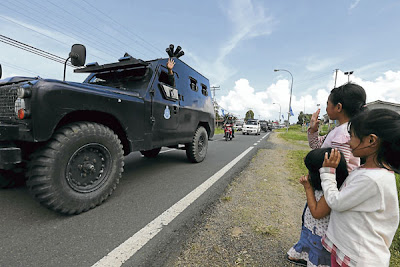 And little girls wave at them too.

Updated:
Al Fatihah
4.17pm: One soldier was killed during a fire-fight with a group of terrorists in Kampung Sungai Nyamuk in Lahad Datu at 10.45am today. Three terrorists were also killed.