It may still be early days to know if there will be a new chief executive at Iskandar Regional Development Authority (Irda), but talks were already circulating that the current CE Ismail Ibrahim may not have his contract renewed when it expires on Jan 1 next year. 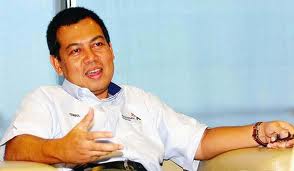 Personally, I hope these talks are not true. Ismail is after all the third CE of Irda in five years when he took over from Harun Johari on Jan 1, 2010. Changing the CE too many times may not be good for Irda and Iskandar Malaysia in the long run.

I know that Ismail's application to renew his contract had been submitted and now at the Johor MB's office. Johor MB and the PM are joint-chairman of Irda. I do wonder when will it go to the PMO for final approval.

With the impending departure of Johor MB Datuk Abdul Ghani Othman after the next general election, it would be crucial for Ismail to have his contract renewal being confirmed now. A new MB may naturally want his own man to head Irda and steer it according to the soon new ways of things at Kota Iskandar.

To me, Ismail's tenure so far, may not be exceptional but it was not too bad either. But some others think that it has been quite bad and that Irda itself has become irrelevant. And these others are quite powerful people in the State government.

Well, that I think is up for the PM and Johor MB to decide.

Whatever it is, as far as Ismail is concerned, I believe there will always be room for improvements.

For instance, I'm hopeful for Ismail to clean up things which may create doubts about Irda's integrity such as questions on the processes of awarding contracts, which arise from suspicions that there could be some manipulations favouring certain contractors. Let's not wait until an independent audit team need to be sent in to clear up such nonsense.

Really Encik Mail, go and check la on that one and do the right thing. Trust me, you will not regret it.

Another thing which I wish Ismail would do is to trim down the fat at Irda. I am not trying to teach him how to do his job but really la, my personal opinion is that there are too many passengers riding on the Irda gravy train. How many senior vice-presidents in Irda? Some are not even qualified to be there in the first place.  And their big fat salaries were paid using tax payers money. I am writing this with nothing but good  intention. So I rather not elaborate on that. It's up to Ismail to decide. This is just a suggestion to make him look effective as a big boss, ok?

Oh, by the way, please la don't take the easy way out by hiving off those useless free loaders to another outfit and burdening them with crappy officers.  If they are of no use in Irda, how do you expect them to be useful in similar set-ups elsewhere?

And once more, I'm still hoping that Irda would put some effort to be more relevant to the people down here, like being involved with the locals on a more regular basis and engaging the local community leaders so that you people can be clued in to what makes the locals tick.  Have you ever wondered why community leaders simply don't recognise you in a crowd and went looking for the Mayor, YDP, District Officers, even Heads of Government Departments to voice their problems and opinions about the development within Iskandar Malaysia?

Just to remind you that Irda is a regional authority, not a corporate entity.  So Encik Mail, you and your people should make yourselves relevant by emulating the DO and YDP Majlis who can deal with not only government agencies, investors, contractors, and businesses, but also the public.

One last thing, I have been getting some funny emails accusing Irda's management as practicing a "caste system" of some sorts when it comes to treating their employees. I think the word "caste" may be a bit extreme, but it would be good if Ismail can do something to see what's wrong and make the necessary corrections if such accusations were found to be true.

p.s To all commentators, especially Irda staff,  please refrain from making wild personal attacks such as calling your colleagues janda puaka or kungfu panda like last time. Please don't get me in trouble again, ok?
Posted by BIGCAT at 21:34