I'm taking it easy this weekend. Need to conserve my energy.

Next week is the Umno general assembly and I expect interesting things to happen. This is the last lap towards the general election and Umno must show that it is ready for it.

The way I see it, this GE is going to be a do or die battle for Umno. 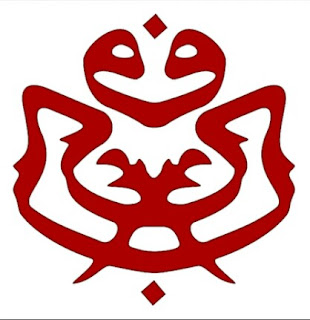 It couldn't afford to fool around anymore. It need to get serious and shows the people that it is serious in wanting to clean up and shape up.

Party president DS Najib Razak may need the people's mandate at the general election first before he can push through the much needed reforms, but I'm expecting him to prove it during the general assembly that he is capable of doing so if given the chance. The people will be watching and searching for the sign that Najib can do it and if I'm him I will make sure that they will see those signs.

It's not going to be easy though. Such reforms are going to be painful. But Najib will have no choice but to do it if the people give him the mandate. Otherwise, my prediction is that BN will survive just one more term before it will be wiped out by a new set of opposition people.

I'm not an Umno member and therefore got no hangs up about wanting the party lead the country forever. For me, if Umno refuses to learn from all that happened, then I don't think it should stay in power. But for now, I'm giving Umno one last chance. Furthermore, I don't feel that the current batch of opposition leaders could take over Putrajaya. They are just going to make it worse. Their hypocrisy, nepotism and other doubtful practices simply put me off.

Nonetheless, I'm expecting the younger opposition leaders to be better and take over the leadership of their party before the end of next term. Umno need to be prepared for these changes and the only way to do so is to reform itself. Seriously, if Umno leaders continue to just talk about it and let things continue to rot, Umno is doomed to be buried in the GE14.

Umno may in all probabilities survive the GE13 but it then need to get rid of all its tainted leaders. Zero tolerance for corruption. Najib need to get that message across at this general assembly and actually deliver on it whem the times come. If he can pull this off, then Umno will last longer than perdicted. Bear in mind, as history teaches us, corruption among the powerful is the first sign of doom.

Najib will not have any honeymoon period once he is given the mendate at the coming general election. He need to get cracking from the word go, to push for Umno's reforms. All the old useless warlords need to go and so do those who were only interested to further their own personal interests. Najib will need to go on the ground and tell the grassroot members that they have to help him get rid of these parasites. Najib need to do this with great urgency as the next one term will turn out to be very short a time for such tasks.

You all Umno people have no choice but to do all that. Support from people like me is not unconditional. I'm not going to support a party which continues to screw up itself. I rather migrate to Taiwan than continously tolerate such nonsense.

Ok, enough of my ramblings. To all Umno people, Selamat Bersidang.

p.s To Najib's media handlers, please try to touch base a bit more. Make friends with the journalists and not just their bosses. You all will need their help once Najib starts to face resistence in implementing Umno's reforms after the general election.
Posted by BIGCAT at 10:26