So, the suspended Bank Islam chief economist has threatened to sue those whom he alleged had defamed him as being in cohort with the Pakatan gang.

Among the first to be sued (if ever) must be Rocky the Bru who broke the story about the guy making all sorts of weird noises while in Singapore. Here is Rocky's take on the latest development -


Chief Economist to sue bloggers,etc who slander him


I like this part very much - Still, Wawa has the right to seek redress if he thought he'd been maligned. This is a great democracy where you can instill a million doubts in the judiciary and link it to the ruling Government, and then file a multi-million ringgit lawsuit at the first opportunity you get. How many times have we witnessed that?

Well, I wouldn't worry about Rocky. I think the man had been sued so many times since his newspapers days, that he has probably lost count already. Yet, to my knowledge, I don't think Rocky is a bankrupt. So, that means he has not yet lost a substantial amount in any case which further means that the man normally writes the truth. From the tone of his posting, he seems confident that he can beat this one too if he has to.

Now, the thing that most interest me about this case is not so much about the economist Azrul Azwar Ahmad Tajuddin being a Pakatan's mole in the country's financial sector. That is already very obvious indeed.

What honestly piqued my curiosity of all things about this case is that - How the hell the guy got that nickname Wawa??????

Sorry la, as it may seem trivial to most of you, but I'm just being forthright here...I was very curious about it.

So I googled for images with that name to find out what sort of person uses that name. The top page of my search was filled with pictures of Wawa Zainal, the up and coming actress from Sabah. 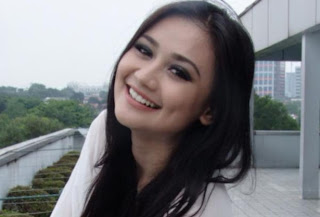 Well, not bad leh. Some predicted that Wawa Zainal may take over the number one spot as "Malaysia's sweetheart of the entertainment industry" from the currently popular actress Lisa Surihani.

Maybe the other Wawa can also become a good actor/actress on the side of being an economist. I think he had displayed quite an impressive theatrical talent so far. 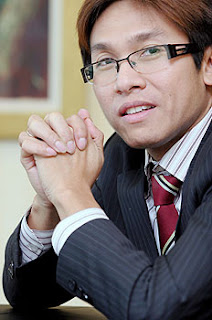 Who knows, with such talents, maybe this Pakatan's Wawa could be some sorts of  a 'sweetheart ' too. Hmmmm...someone must have noticed that the dyed hair look sweet, isn't it?
Posted by BIGCAT at 02:07