A new year wish for common sense to prevail

Spending my last few days here at home. I mean my real home...like my own house.

Yes, I do have my own house. But I don't live here. Only come back here once in a while. It is the only place where I feel truly at peace. 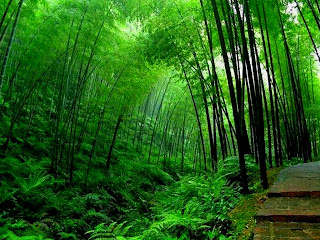 I left this sanctuary a few years ago to chase after a dream. A dream yet to be fulfilled. I'm not sure if it will ever be fulfilled but I'm trying my best. That dream is essential to my existence, so, I have to keep chasing it. The whole thing is not as rosy as I had hoped but it's my life and I have to live with it...for better or worse.

It's early morning as I'm writing this and it's the first day of the new year. 2013, looks like a not very nice number to me, somehow. But that is only me.

Hopefully, things will be better this year.

The general election should be either in late February or early March. I had been wrong a couple of times on this....can't be wrong again this time.

I seriously don't know if I can get back here for the big day.

Just wish for common sense to prevail among Malaysians. They should realize by now that they have no choice but to let Najib get a proper shot at fixing things. The alternative, if anyone can call it such, is simply too risky to take....with the current batch of shady opposition leaders, I don't think the country can survive the after effect of a power transition for now.

Najib, if given the proper mandate, simply have no choice but to affect the changes at all levels. A better government as well as a better Umno and BN. No more corrupted and nonsensical leaders.

If Najib fails, well, by all means, Malaysians should kick out BN then.

Hopefully by then they will have proper good people in the opposition and not some family enterprises, closet racists, religious extremists and hypocritical bastards who pretend to champion these and that while in actual truth are the ones who will one day destroy those ideals once they are in power.

I wish I don't have to go at such a critical juncture but I believe things were fated to be like this. I will try my best to keep in touch with things here and write about them as much as I can.

For those well wishers, who had encouraged me to continue writing - thanks very much. I did have half in mind to quit this blog and concentrate on what I'm supposed to do in real life. After all, I'm going away and will be cut off from most of my crucial sources. In another word, I will be blogging without any back up which is quite risky in my case. But words of encouragements from those who care made me decided to continue with it. Maybe not as it used to be, but at least to keep it going one way or another. Hopefully it can still make some difference for the good.