So, what was supposed to be the Dong Zong rally calling for the resignation of Deputy Education Minister Wee Ka Siong turned out to be a rather tame affair.

Less than 1000 people had a short walk to the Parliament House. Several representatives were allowed into the building to hand over a memorandum to the Education Ministry. I was made to understand that no mention was made about Wee Ka Siong.

All so potong steam la. Make me tired only feeling anxious about the whole thing that day.

Next time wamt to go for a walk, just say so lah, no need to make it so garang say it's going to be a rally or something so glamourous.

Also at the Parliament today, Anwar the jet setter tabled the Pakatan's shadow budget for next year. Very populist....and ambitious. The few points I were told pointed to the fact that it is more an election manifesto more than anything else.

One of the most ambitious is to built a Trans-Borneo highway linking Kuching and Kota Kinabalu. This one sure can get Sarawakians and Sabahans to vote Pakatan....is it? Wonder how they are going to finance the project...this one must be more grand than the North-South Highway. Maybe that rich friend of Anwar, who sponsored the jet can contribute for this one.

Also, this one surely toll free one. Otherwise Kit Siang will not be happy and protest like what he did when the North-South Highway was built. 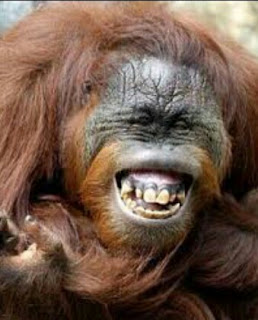 Well, maybe the can get the Kelantan government experts from Pas to give advice so that they can get orang Sarawak and Sabah to donate for the highway like that project in their State. Maybe the Orang Utan can contribute in building the stretch where they need to cut down thousands of hectre of virgin rainforest to complete the highway.
Posted by BIGCAT at 16:22