Mersing will never be neglected

I spend the past two days trying to find out the real reasons behind the announcement by the Sultan of Johor that the ambitious Mersing Laguna project had been cancelled.

For background reading of the project and its cancellation, please read this NST report - Sultan Ibrahim scraps Mersing project

For video, this is what it was supposed to be

It was a sad news indeed....probably as sad as the news that Ungku Safian Abdullah, the chief executive of Radiant Starfish Bhd who is the leader of the project had passed away, just a day before the Sultan's announcement. Al-fatihah. 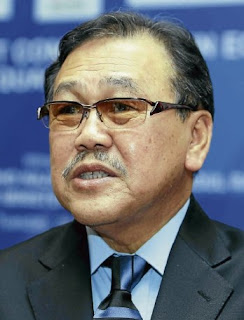 My efforts to dig further into the matter came to naught as all I got were bits and pieces of information which truth were too hard to verify. Most contained materials which could be deemed to be seditious in nature and therefore could not be included in this posting.

Since Johor MB Datuk Abdul Ghani Othman is currently not in the country, I guess an official explanation on the matter would simply have to wait till his return.

Nonetheless, what I however got for now from a senior State government official is this -

"We had done everything humanly possible to ensure the success of that Mersing project . It's just so unfortunate that this thing happened. This, however, does not mean that the state government will give up in its effort to  bring development to the people of Mersing. We definitely will not let them be left behind by the development in the other districts of the State. We hope the people of Mersing could bear with us as we will do our best in our effort to bring development to their district."

I hope the State government official was right. I would be so disappointed if what happened to the Mersing Laguna project set a  precedent which would dampen the enthusiasm of potential investors who want to come to Johor.