A basket of flowers and the naughty Burgess

Today I send a basket of flowers to someone. It's his birthday.

Cost me quite a bit of money, but I feel that the guy deserves it. Too bad he is married....hahaha, just kidding, I love my Chinaman la :-)

Ok, better not stretch my luck with that nonsense.

Actually, what I really want to write here is about this book I bought at the airport bookstore last night....I was waiting for someone there. 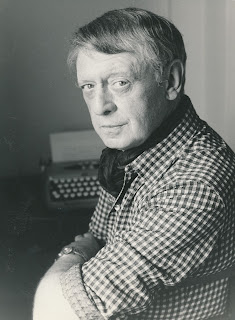 It was Burgess' first novel. I just felt like reading that book again since yesterday was Merdeka Day.

I first read the book when I was in school. I enjoyed it but remember being quite annoyed with Burgess for his not so flattering portrayals of the Malays. But, then again, I guess, he was just being honest about how he, as a British colonial serviceman at that time see things in this country just before and after Merdeka.

Here is a quite good review of the book -


In case you all are too lazy to read the book, here are some words from Burgess which may interest us Malaysians. I took this from wikiquotes. I think the guys, particularly, would like to read this due to the elements of sexual education...just for fun, ok?