I read this latest posting by Helen Ang....

...and it reminded me of how this blog of mine took off with its fifth posting ever.... This is another Crook

Guan Eng had then denied the whole thing and threatened to sue everyone who reported what he said about Johor while across the Causeway.

Then TV3 aired the audio evidence causing  Guan Eng quite a grief and later on having to reluctantly apologize to the Sultan of Johor.

Still, even after that, the Chief Minister of Penang talked about suing  people, causing me to show a bit of statistics at Crime: Penang vs Johor

And till the end, Guan Eng, despite his brave talks, never sue anyone over the issue.

Hehehe....and I was actually about ready to play dead at that time :-) 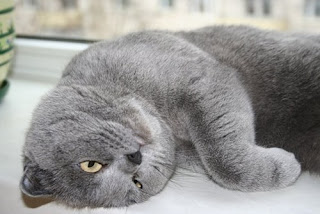 Well, since I'm being nostalgic about the past, I may as well play a rerun of this music video which was the first I ever posted in this blog at the height of the Guan Eng's uncouth mouth issue under the title Guan Eng - Driven to tears

Ok, need to get up and get ready for class. You all have a good day ya.
Posted by BIGCAT at 06:08