A friend who is a young but influential MIC leader send me an email this morning asking me to post it in this blog.

It was an appeal for PM DS Najib Razak not to entertain an alleged demand by former MIC president DS S Samy Vellu for his son S Vell Paari to be fielded in his former constituency Sungai Siput for GE13. 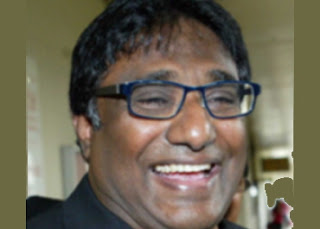 I decided not to publish the whole content of the email by my friend because there were several other even more serious allegations that he listed as reasons why Vell Paari should not be a BN candidate or even be a MIC member.

"Someone with so many personal baggages should not be considered as part of the BN package in the coming general election," he wrote.

Among the "baggages" of Vell Paari listed by my friend include the mystery of a deceased female friend which details I would not want to get into here.

Whether those allegations were true or otherwise is immaterial at this point as, I would not want to get into such details in this posting. Suffice to say that I am always against these sorts of nonsense. Samy Vellu and son should never be allowed to try putting Najib in a spot like that.

Anyway, I never like this Vell Paari because of his bad mouthing of Tun Dr Mahathir Mohamad. Just a few days ago he was quoted by pro-Pakatan FMT website as firing a "vitriolic salvo on the former premier’s “evil actions” during his 22-year tenure in office. "

This Vell Paari is supposed to be the MIC strategy director. I wonder what sorts of strategy it was for him, a person of  no real consequence except for being the son of Samy Vellu to thrash talk Dr Mahathir.

Again, I don't want to even get into his baggages such as the story about the deceased female friend.

I fervently hope for Najib to stand firm and not give in to that demand by Samy Vellu and son. Sungai Siput is not their family estate.

MIC has a lot of good young leaders to choose from as candidates. The days of MIC being dominated by Tamil gangster wannabes should be over by now. The party need to field candidates with good personal qualities and willingness to work hard for the people and improve the life of especially the Indian community.
Posted by BIGCAT at 23:24