In defense of Guan Eng

I want to put it on record here that I don't believe that the honorable chief minister of Penang Lim Guan Eng is having an affair with Taiwanese super model Lim Chi Ling, as suggested by some bloggers.

Several blogs, from both side of the political divide had published the photos of the  superbly handsome chief minister and the super beautiful model. 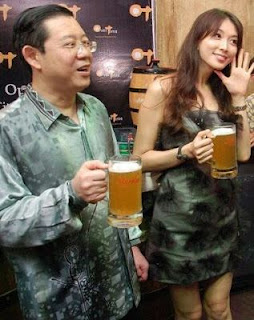 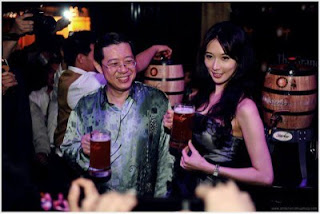 Come on la guys. They were just having beer la. I know, I know....she's hot and he look a bit randy in those pictures.....but really la, I don't think there is anything more than that, ok?

What makes me very convinced that Guan Eng is not being naughty with the lady was because -
1. The pictures were at a very public place. I know la handsome boy is a tokong and all that, but he could not be so brazen, couldn't he?
2. The lady, beautiful as she is, is simply not of Guan Eng's taste. You see, Guan Eng has proven himself to be only interested in women of certain features. 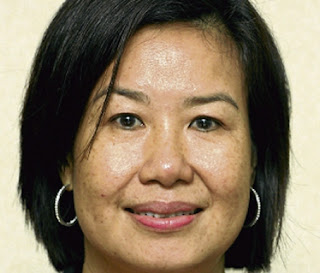 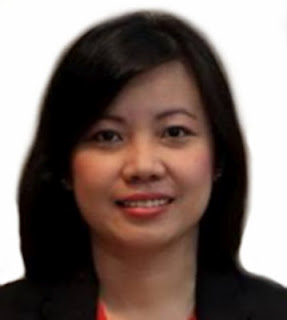 See, the Taiwanese supermodel doesn't have the features of Guan Eng's taste.

Therefore, I conclude that the allegation of Guan Eng having an affair with the Taiwanese supermodel could not be true.

Anyway, you all really think Guan Eng dare ka to be funny after the flying ashtray incident? I don't think so.

p.s - if the DAP cybertroopers still attack me after this, I don't know what to say la. I defended their boss already what :-)
Posted by BIGCAT at 15:22