If I'm Chinese, I would probably have this name 清晨的露水.

I would not like to have any other name other than that.

That name would be given by my parents and probably has been handed down from generation to generation from the old days when my ancestors were still in China. 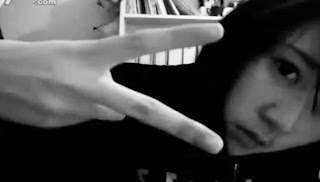 In the most unlikely event of me falling in love with a Malay muslim man and marry him, I will retain my name. I would not use any of those Arabic names the Malays are so fond of giving their children and Muslim converts. Well, of course I would stop eating pork and other funny stuff, ok?

Similarly, if I marry a Christian Chinese, I would not change my name to one of those cheesy white people names.

Being a Chinese, I must work hard and save my money. I would nonetheless spend some to make my parents happy. Send them for overseas holidays twice a year, maybe. If they were happy, then, I would be happy too. After all, my parents on their part had worked hard to raise my siblings and me. It's being Chinese to honor our parents.

I don't think I would be much interested in politics if I'm a Chinese girl. On one side there are those insipid BN Chinese component parties which were floundering about not really knowing how to save themselves while on the other corner is the conniving DAP led by a bunch of Anglophile Christians whose dream is to lead all Chinese to the salvation of a white men's god.

Why the hell would I want to get involved with those sorts of nonsensical people. Wasting time only. May as well that I spend more time and energy working for my self betterment rather than wasting them on such nonsense. After all, Malaysia is a country where if one works hard enough, he/she will be successful no matter what.

Anyway, once I have enough money, I think I will migrate....to Taiwan, of course. Just for fun, ok? I will still love my country, Malaysia, though. It's after all my motherland. Yup, my motherland would be Malaysia and not China....but still, I would be Chinese, no doubt about it.