As I had explained in my last posting, I found that it was despicable for DAP sec-gen Lim Guan Eng to play up the Christians' religious sentiments on Christmas eve to win more votes for his party in the coming general election.

By playing around with the word "Allah" to fish for votes, Guan Eng had also indicated that it's ok to offend the sensitivities of Muslims as the way he had presented the issue, the Muslims are supposed to be the ones who need to be educated on the matter. Blogger Helen Ang, who has been closely following the development of this issue had given samples of how Guan Eng's followers had taken this line of argument to support him -

Again, I would very much like to know if Guan Eng is really a Christian that he became so sibuk with raising this issue despite knowing its sensitivities? I would also like to know if the ordinary Christians who had all these while been referring to their God as God really want to change their God's name to the Arabic "Allah" name?

This whole thing actually reminds me of a conversation I had many years ago with a close Christian friend. We were in college and the conversation took place as we were waiting for our bus to go home after class. The main topic of our discussion was Salman Rushdie's Satanic Verses and the subsequent death sentence imposed on the writer by Iran's Ayatollah Khomeini.

At that time the once popular singer and later on Muslim-convert Cat Stevens had came out with a statement which was defined by the Western press as supporting the death sentence against Rushdie. Cat Steven who is also known as Yusof Islam had despite his denial of that accusation then became the subject of vilification by those who supported Rushdie, including my friend.

"I think Cat Stevens is the Anti-Christ," he said. 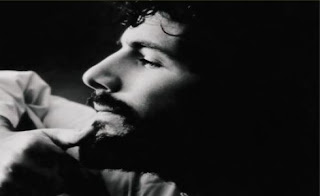 "I don't think so la. Cat Stevens is a good Muslim and being one he should be aware that Christ is the second greatest prophet in Islam, just after Muhammad. There is no way that he can be the Anti-Christ," I replied.

My friend was dumbfounded. It turned out that he didn't know that Christ is considered as a great prophet by the Muslims. I have to admit that my religious knowledge of even my own religion was not very extensive but I tried my best to explain to my friend that Islam is not some sort of voodoo or anything hostile or evil like the Anti-Christ.

My friend is now a top notch editor of a pro-Pakatan media organization.

Again, I need to caution you all dear readers that I'm not a religious expert or anything like that but when it comes to sensitive subject matters such as the "Allah in Bible issue", I think we should not get it all mixed up with politics.

Guan Eng may not give a shit to what are the consequences of his statement which tries to portray Christianity as being oppressed by the BN government. All he care about was the Christians' vote for his party. I however would like to implore on you all to be more sensible on this. There are still a lot that we do not know about each others and therefore matters considered as sensitive, particularly concerning religion and race should be avoided from being manipulated for selfish reasons such as what Guan Eng was trying to do.

As for who is Jesus Christ to Muslims, here is a simple explanation I took from  islam-guide.com -

(Remember) when the angels said, “O Mary, God gives you good news of a word from Him (God), whose name is the Messiah Jesus, son of Mary, revered in this world and the Hereafter, and one of those brought near (to God).  He will speak to the people from his cradle and as a man, and he is of the righteous.” She said, “My Lord, how can I have a child when no mortal has touched me?” He said, “So (it will be).  God creates what He wills.  If He decrees a thing, He says to it only, ‘Be!’ and it is.”

(Quran, 3:45-47)
Jesus was born miraculously by the command of God, the same command that had brought Adam into being with neither a father nor a mother.  God has said:

The case of Jesus with God is like the case of Adam.  He created him from dust, and then He said to him, “Be!” and he came into being.

(Quran, 3:59)
During his prophetic mission, Jesus performed many miracles.  God tells us that Jesus said:

“I have come to you with a sign from your Lord.  I make for you the shape of a bird out of clay, I breathe into it, and it becomes a bird by God’s permission.  I heal the blind from birth and the leper.  And I bring the dead to life by God’s permission.  And I tell you what you eat and what you store in your houses....”

(Quran, 3:49)
Muslims believe that Jesus was not crucified.  It was the plan of Jesus’ enemies to crucify him, but God saved him and raised him up to Him.  And the likeness of Jesus was put over another man.  Jesus’ enemies took this man and crucified him, thinking that he was Jesus.  God has said:

...They said, “We killed the Messiah Jesus, son of Mary, the messenger of God.” They did not kill him, nor did they crucify him, but the likeness of him was put on another man (and they killed that man)...

nor Jesus came to change the basic doctrine of the belief in one God, brought by earlier prophets, but rather to confirm and renew it.1

Let me ends this posting with a song by Cat Stevens -