First they made our players trained on a padi field.

Then they got a crazy Korean as referee. The guy single-handedly won the match for Thailand by reducing Malaysia to 10 men for most of the match.

But then again, I think Malaysia would had lose the game anyway.

Here was what appeared to be the Malaysian strategy -

* Thailand has the advantage of away goal and Malaysia needed to score.
- Strategy : One striker up front, the rest defend.

* Start the second half with just ten players.
- Strategy : Continue to defend.

* Down by one goal
- Strategy : Still continue to defend.

* Ten minutes remaining of the game with Malaysia down by 3-1 aggrigate
- Oh, ok, now can attack. Bring in extra striker.

The only one in the Malaysian team who played well was the goalkeeper Farizal Malias. 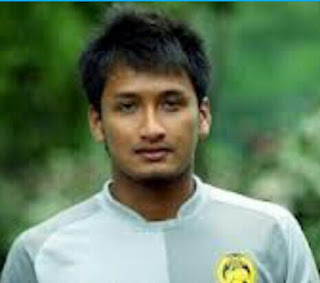 If not for him Malaysia could had lose at least 6-0. The two that passed him were due to defensive errors.

Well, Malaysian football back to square one, I guess.
Posted by BIGCAT at 23:28