The two guys must had been born with some rhinoceros genes to have such thick skin to accept the appointments.

They are what we Malays called - Melayu tak tau malu.

ORIGINAL ARTICLE
You all can read the main results of the DAP central executive committee (CEC) election in the newspapers. It's the same old same old father and son dominating the party.

What I want to briefly highlight here is the fate of the eight Malays who contested to be leaders in that self-proclaimed multi racial party.

First, bear in mind that the last placed elected CEC member at number 20 of the 68 contestants is one of the Perak infamous cousins, Ngeh Koo Ham with 824 votes.

The following are the Malay DAP members who tried their luck, their placing in the contest and number of votes.

Note : Candidates 64 to 68 pulled out of the race at the final hour, making Harun the last placed candidate among those contested.

Ok, now you have seen the writings on the wall. I'm not going to waste my energy explaining what it tells us about the Malays in DAP. You draw your own conclusion lah about those jokers. 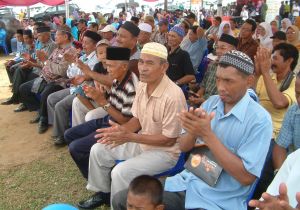 Also please note that only three non-Chinese were among the 20 elected CEC members. They are Karpal and son Gobind, as well as M. Kula.