I dropped by my good friend Annie's place and her latest posting is very similar to what I wanted to write but hadn't had the time to do it.  And now that she has done her piece, I will just put my perspective to it, but go ahead and read hers too.

Nothing has been confirmed yet, but it seems that the guys on the ground are very excited at the prospect of Dato Ghani facing off Mr Lim in Gelang Patah.  Some would say it is the twilight clash, but I am seeing something else.  If Dato Ghani decides to accept the challenge, it will not be because he wanted to continue his political career, because I think he sincerely wanted to retire, but because he wants to make sure that Johor will continue to be a BN bastion, even in places like Gelang Patah. 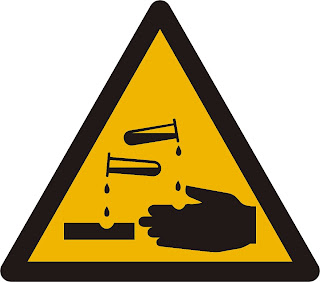 The point of pitting an Umno in a Chinese-majority seat, and a non-Malay in a Malay-majority seat is a clear indication of how BN Johor approach the power-sharing concept.  It is not the ethnicity of the person representing you, not his religious faith either, but it is about how the people of Johor develop the ability to rise above race-based politics.

BN Johor do not talk much about it, but the fact is, non-Malay BN candidates in Malay-majority seats have a much better chance to win in Johor is testimony of how the Johor Malays subscribe to the BN power-sharing ideals.  That their decision had never been clouded by race.  Gelang Patah will be an acid test to see whether the Johor Chinese are willing to go half way, given that the man being put up to represent them have had a reputation among the Chinese, of being fair to everyone.

What I find interesting, however, is the consistency of DAP in selecting areas that are being intensely developed, mostly urban areas where there is a large concentration of Chinese voters, and where there are local authorities that do most of the legwork in servicing the constituents' needs.  It has always been like that, the focus of DAP political activism is the Chinese, in urban areas, and even as their image shifts from the working class socialism ideals as depicted by Dr Boo to the Christian professional socialism of the likes of say, Anthony Loke, their focus has never shifted from the Chinese voters in urban areas.

It explains why DAP chose to "take back" Gelang Patah, which was contested by PKR in the previous two GEs, and giving up Segamat to PKR.  The deciding factor is, I believe, urbanisation.  Gelang Patah is now turning to be more urbanised than Segamat, hence a more attractive proposition for DAP, and there is a reason for that, which, is a topic for another posting.
Posted by BIGCAT at 21:14