I watched Lim Guan Eng acting up again on TV3 just now.  Aiyo Guan Eng ... enough with the drama la.  What do you want?  Both ROS and EC already said DAP can use the rocket symbol, why you need to be so dramatic with all the "if they keep their word" and "if not we will contest using PAS symbol".  You want to bring two authorisation letters, go ahead la, you don't have to make such a fuss of it.

Playing the victim like anyone with half a mind would sympathise with your self-inflicted problems.  Hey, DAP messed things up all by themselves in their own CEC election, OK.  The unhappy DAP members complained about it, then ROS investigated and informed DAP their newly elected CEC is not recognised by the ROS.  Don't start turning this into another sob story of how DAP is the most persecuted entity in the entire universe, can or not?

A DAP CT had already blamed Umno/BN in this comment "When face with prospect of defeat, what's UMNO/BN response? Using RoS to ban DAP and the Rocket symbol! Brilliant move." in my blog, although I don't know how Umno/BN is responsible for causing those DAP members to file their complaints to ROS.  Are there people who would actually buy this drivel?

Should ROS ignore the complaints filed by those DAP members then, because everyone must accept that DAP under the Lims can do no wrong, that they are perfection at all times?  What about the rights of those who filed the complaint?  What?  They've got none?

It is always Umno/BN that do these monstrous things, because BN without the Umno appended to it would not be sufficiently evil to be responsible for everything that's wrong with the world today.  The whole thing is just too juvenile, it isn't funny anymore.

How can anyone take this Lim fellow seriously?  First it's political assassination, now its bringing two authorisation letters to the nomination centre, next we don't know what la but will surely be something else to whine and dramatise about.  Drama queen betul. 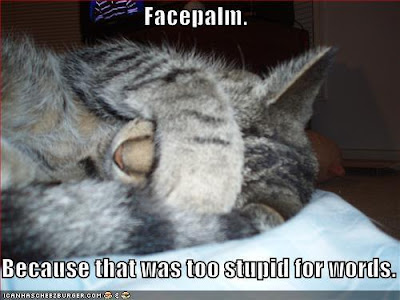