I was at Unspinners just now and their latest posting "Kit Siang guna UGUTAN terhadap pengundi Cina yang tak undinya" was rather alarming, because now we really see this line of campaigning being used in Johor.  I haven't received text messages of this kind myself, probably because I am not Chinese, but I find the tone is no different from the intimidating comments I have been getting in this blog. 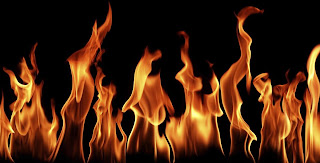 I knew that plenty of this kind of provocation have been circulating for years, but this is the first time this tactic is blatantly and directly being used to intimidate voters in Johor.  I know for a fact that among the Chinese in Gelang Patah, they are not even supposed to mention the word "BN" in public places, let alone voice any kind of discussion with regards to the merits of BN.  I guess now I understand the reluctance of those uncles to talk about BN these couple of days, they probably have been receiving all kinds of threats on a regular basis lately.

Poor Jason Teoh, he is now being labeled as a traitor to his race simply for supporting the ideals of accommodating relations within BN component parties and making way for Dato Ghani to prove that Johor Chinese are tolerant and not race-biased.  For years Umno Malays in Tebrau, Segamat, Simpang Renggam, Ayer Hitam and Tanjong Piai have been working on the ground to ensure victory of BN's non-Malay, non-Umno candidates.

Now that the Chinese in Gelang Patah are subjected to this kind of politics of race and hatred, we will see whether they will reciprocate the tolerance and acceptance that Malays in Tebrau, Segamat, Simpang Renggam, Ayer Hitam and Tanjong Piai had accorded the various non-Malay candidates they have supported all these while.

And the outcome will tell us whether we can rise above the dirt of ethnic politics and communal hatred being sown by self-serving politicians who have not shown any significant contribution to nation-building.  Or else, we can continue on the path towards ever increasing polarisation and segregation that will only nurture inter-ethnic distrust and bigotry.