Boo: Johor PKR should stop targeting DAP but BN instead 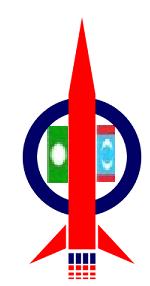 So PKR should take advantage of PAS generosity la, and give all those seats that PKR has been working on back to DAP, because we must have a balanced allocation.  What do you mean you have been working on those seats for a long time? sap sap sui la .. you are all partners what ...

Besides Najib is too scared to dissolve the parliament you know, so there is plenty of time for PKR to build their support from zero and there are those green Pastors around to help PKR make noise in those seats.  Work a bit harder la .. don't expect everything handed to you on a plate.

See, DAP is contesting in the least number of seats as compared to PKR and PAS.  See how generous DAP are?   Even if PKR and PAS don't win, it is OK what.  In a competition, it is not the winning that matters, it is the participation that counts.  Besides if DAP wins all these Chinese-majority seats, it is like we all win, right pardners?

What do you mean PAS is not in the equation?  They give away their marginal seats like Tebrau and Johor Bahru to DAP to allocate to PKR what .. those are winnable seats for PKR, that is being an important part of the equation.  What?  Shahrir Samad in Johor Bahru?  He is kacang putih la, no problem for PKR.
Posted by BIGCAT at 15:37