Knowing how hard he has worked on the ground, I am most glad to read that he has shown that he has a big heart too, declaring his support for a colleague who has been chosen over him to represent BN in Gelang Patah.  Being away from base at the moment, I had to depend on friends and online news for the info.  Annie has it at her blog and she quoted NST too.

Mr Teoh is showing that he is a big man, showing that he is capable of making sacrifices and subscribe to the idea of working for the good of the coalition, instead of for self-interest.  It presses home the fact that Johoreans are equally capable of great things, regardless of their ethnicity. 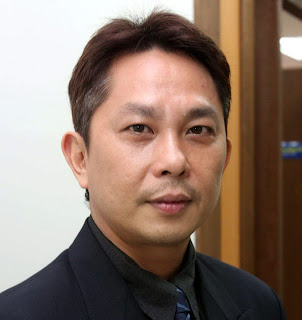 For those who have been trying to sow discord by playing the ethnic issue, do take note.  Jason Teoh, someone who has earned my respect and admiration, has just proven that Johorean Chinese are capable of seeing beyond self and ethnicity.  It is only fair that we continue to show our support to the very same ideals that Jason had pledged his support to, by making sure that our choices are not colored by selfish interests and narrow worldviews.

Thank you Mr Teoh.  You have reinforced my faith in the admirable character of Johoreans.
Posted by BIGCAT at 18:24