I seriously think that people who call others racists are themselves worse racists because they can't see beyond the race issue.  Case in point, is this NST article by Bee Kim and Suganthi, which I picked up from Bee Kim's place that exemplifies perfectly my view.

With the 18 years of Ghani's track record in Johor as Mentri Besar, the best they can come up with is


"because he is an Umno member and a “racist at heart”, said DAP vice-chairman M. Kulasegaran at a ceramah comprising mainly Indian voters in Taman Kluang Barat on Monday night."


I don't know about elsewhere, but apparently, the DAP line of campaigning is all about race, regardless of who or what he/she is, no matter what he/she has contributed to the people of Johor, as long as he/she is Umno, mind you it is not BN but Umno, then he/she is a racist at heart.  As far as these people are concerned, that's all that matters, the presumed racism (as defined by DAP) in the heart of all Umno members.  That was what was implied in the "Chinese Revolt (Revolution)" statement by the DAP operatives.

A comment in my previous posting lamented my battleground analysis as based purely on ethnic composition:

Anonymous23 April 2013 18:53
Tinsel - I agree with, and appreciate, your opposition to JUK's comments. Your analysis is also interesting but the reasoning supporting it seems to be, to paraphrase, this or that seat will be competitive because of its ethnic mix. There's little or no consideration of the match up of candidates, local issues or policies. While you and JUK have different reactions, both appear to be based on a race-based interpretation of the world we live in. If this is what we aspire to, we are lost as a nation.


Unfortunately, this is how the state of things is, Anon, whether we like it or not.  It is not about issues, it is not about performance as a state administrator, it is not about your credibility as a politician, it is all about the perception that has been painted by DAP of Umno (which is really a Malay party) as the mother of all evils, the only racist organisation in Malaysia.  And it is all about ethnic composition of the electorates. 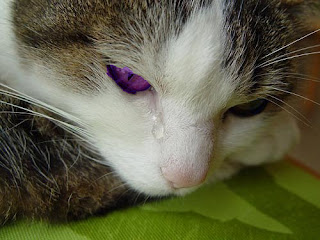 I am not going to list out what Dato Ghani has done for the Chinese of Gelang Patah in his capacity as Mentri Besar, because you can read it at Bee Kim's.  I am just going to say that he has done a hell of a lot more for the people of Gelang Patah than Lim Kit Siang, Boo Cheng Hau and the entire DAP Johor combined.  That is why I sincerely hope that Gelang Patah will prove them all wrong, and Dato Ghani will win handsomely with substantial support from the Chinese too.