Musings : Into the Bin

I was going through my notes to write about my next regional analysis, north-west Johor.  That got me totally depressed and I have decided to stop all these analysis business because that region of Johor is well and truly messed up politically.  Just too depressing for words.  Pagoh, Ledang, Bakri and Muar - from simple to complicated in that order.

Pagoh is simple because it is the TPM's division, and Tan Sri is the candidate for Pagoh.  It is an outright Malay-majority constituency, and all the candidates here are Malays.  BN is extremely strong here, no doubt BN will win all three seats of Pagoh, Jorak and Bukit Serampang.  No doubt, I am certain. PKR and PAS got no chance here at all.

Moving to Ledang, my depression began.  One of the reasons given by that Umno guy contesting as an independent was because he wanted to give Malay Umno voters an alternative to Asojan because Gambir is a Malay-majority seat.  See?  The polarisation have begun.

Then I got more depressed as I checked the reason that the new candidate to replace Dato Ghani in Serom is not getting acceptance - he is not a local of Serom, he resides in Gambir.  Man ..... So now, not only must you be of a certain ethnic group, of the pervasive political persuasion, you must also be a local, i.e. within the boundary of the constituency.  Isn't that nitpicking to the point of lunacy?  The man was born in Sungai Mati, for goodness sake.

Then of course there are Muar and Bakri.

This from a bunch of people who allowed Er Teck Hwa to become their representative in Bakri in 2008. 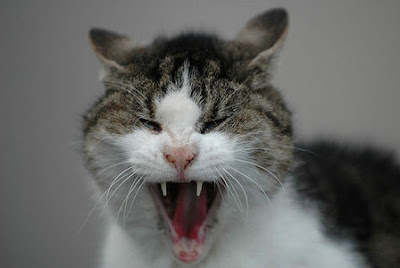