I realise that I have been neglecting the rest of Johor lately because I was probably too invested in what is going to happen in Gelang Patah.  I really hope Dato Ghani will win here because I wanted to prove to Pakatan that the majority of Johoreans are far too rational and pragmatic to be swayed by their kind of politics.  However, it is only fair that I note down other battlegrounds worthy of attention. 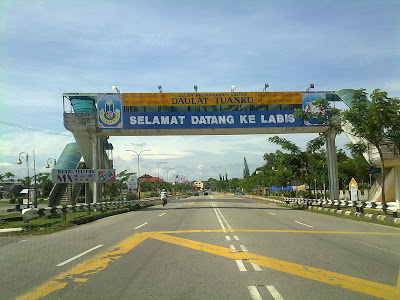 Segamat, Sekijang and Labis are three parliamentary seats located in north-central Johor, with six state seats at stake, namely Buloh Kasap, Jementah, Pemanis, Kemelah, Tenang and Bekok.  The following are the ethnic composition of the electorates in this region.

Based on the latest development, I would consider Labis as the toughest among the three simply because the composition of Malay voters at 36% means Chua will need to ensure that he gets enough support from the 15% Indians to match the presumed overwhelming Chinese support for the Opposition.  This is why it makes sense that DAP opted to field S Ramakrishnan as their candidate.

Being confident that the Indians would vote along racial lines, I believe DAP hopes to ensure that Tee Yong will not be able to garner sufficient Indian support to win Labis by fielding an Indian candidate.  In contrast, DAP fielded Lim Eng Guan in Bekok, an outright Chinese-majority state seat at 54%, because here, the DAP doesn't feel that they need the Indian votes to win, despite representing 18% of the electorates.  Similarly in Jementah, DAP strategists reckon that they can win this state seat by depending largely on the Chinese votes, assuming that PAS and PKR supporters won't be voting for BN.

I think, being a smart guy, Chua knew the odds are against him, but he is showing his mettle as a true leader by standing his ground in Labis, a traditional MCA seat.  I feel that this is one guy whose political career is worth watching.  I think he is a tougher opponent than people make him out to be and I sincerely wish him well in Labis.

Despite fielding Chua Jui Meng, I think PKR will have an uphill battle in Segamat.  For one thing, Segamat is a mixed seat, where Malay-Chinese composition is almost equal, and Chua must work doubly hard to ensure that PAS and DAP supporters will flock to his side.  Not only that, Chua also has credibility issues among the Chinese,  as Chinese in these parts of the woods are generally not too keen on turncoats, while the DAP supporters are not exactly thrilled that they "lost" their traditional seat to PKR.  It will be interesting to see the outcome of Segamat, but at the moment, advantage is to BN, although not by much.
Posted by BIGCAT at 12:41