Musings: Terror On The Streets

I have refrained from writing about it because I'd rather write about something closer to home, but after watching the news just now, I just had to express my thoughts.

Stories of physical intimidation, campaigning with weapons, intimidation using explosives, arson and general sabotage seems to abound - we are seriously heading towards a dangerous situation.

I thought we were only going to be faced with cyber bullies - the worst thing to happen would be getting your blog hacked, or something like what happened to a number of bloggers these past few days, not that that wasn't awful, but you know what I mean.  What I find scary is that now we are getting into real life physical intimidation and violence that can cause people real physical hurt.

I never imagined this could happen in our country, but when I recall the ever increasing violence of the Pakatan-associated Bersih series, I really shouldn't be that naive not to expect similar elements to take advantage of creating public unrest at a time when large numbers of people gather during campaigning and voting.  There have been many discussions of such possibilities including in blogs and online news portal.

A couple of days ago I read, belatedly, that a Malaysian Spring was launched by Nurul Izzah last week, which, according to Malaysia Chronicle, how  "Classy Nurul" hits back at Raja Nong Chik.  I don't know what that was about and how successful it has been thus far because I haven't seen it anywhere here where I live, but the following is an excerpt of the Malaysia Chronicle article that I googled yesterday.

"Several Bangsar residents whom The Malaysian Insider spoke to called Nurul Izzah an “approachable” politician, while some — who were not even living in Bangsar — said they chose to volunteer for the “Malaysian Spring” campaign to end corruption and government abuse of power."

This story was also carried by the Asian News Channel.

Strange that the term "Malaysian Spring" was chosen as that only brings to mind the destructive Arab Spring of North African and middle-eastern countries that have resulted in vicious cycles of never-ending violence, bringing nothing to those people other than sufferings and misery.

It was supposedly about planting "flowers", which in reality are just flags in PKR colours of turquoise, red and white, at public places and open spaces, organised by the "non-partisan" Ng Seksan.  I don't know how that equates to the season Spring, as no real flowers are involved, unless it is another inference to the Arab Spring.

Flowers/flags in Bangsar, maybe, but there are bombs, machetes, Molotov cocktails, arson and physical violence elsewhere.  It gives me the creeps to think what may be possible in the aftermath of GE13.  I guess it is more hard work for our guys in blue, and I suspect they have their work cut out for them as we get nearer to D-Day and maintaining peace throughout and afterwards.  Thank you guys, for doing your best to keep us safe. 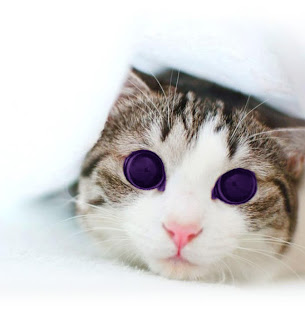