I guess Battlefield Johor is coming to town a lot earlier than I anticipated and the Culling Process has almost reached its final conclusion.  We should have already seen how the strategies are being played out by DAP's master handlers for Johor, namely Tony Pua, Anthony Loke and Teo Nie Ching in candidate placement.  Tony Pua was supposed to be fielded but isn't, instead Teo gets the Kulai seat with its 56% of Chinese voters.  In Gelang Patah, Lim Kit Siang still needs Dr Boo Cheng Hau and his supporters. 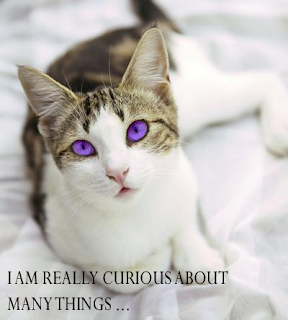 I am kind of reflecting on a number of anomalies in the DAP's candidate placement and find it interesting that decision for Labis is still up there in the air.  Northern Johor, which should include Segamat, Labis, Bakri and Muar, is supposed to be under Pua's dominion, making Labis the most likely choice for Pua now that Segamat has been given to PKR.  As for Teo, being the Central Johor Coordinator, she should be looking at Kluang as a possible new home.  However, both wanted to contest in Kulai, though Teo won that.  Loke, on the other hand, was supposed to be responsible for Southern Johor, which by right should include Kulai too, but he was not even named as a candidate in Johor.  Strange.

I know, I know, when people talk about the Fight For Johor, everyone has moved on to Gelang Patah.  Personally, I really don't see what the big deal is.  BN Johor as a whole has not been race-oriented when it comes to parliamentary representation, not even at the state assembly.  When it comes to the issue of race, Johor Malays have been tested time and time again to be capable of proving ethnicity is not an issue.  It's just that all these while, BN has always considered the political traditions of all coalition partners when allocating seats.  Gelang Patah GE13 is just the first opportunity for Johor Chinese to prove that they are just as non-ethnic-biased as their Malay neighbors.  We will see how that turns out.

If Gelang Patah Chinese are more concerned about getting someone who will sincerely represent their interests, then they would be looking at the candidates' track record of serving their constituents and their contributions to nation-building, as both are senior politicians with many years of service.  If Gelang Patah Chinese decide to vote along ethnic lines, then that will be the basis of Johor's future political landscape.

I am not going to start analyzing the possible outcome of Gelang Patah as almost everyone has done all the possible scenarios.  My view is more personal to me, as I am a voter in Gelang Patah/Skudai, and I am looking at this the way I would look at who will represent my voice in parliament.

For one thing, Dato Ghani has a reputation of giving equal attention to the needs of all Johoreans alike, irrespective of ethnicity.  All the major land-related issues in Gelang Patah has been more or less resolved - removing most of the land-related grouses people may have.  Those that have not been resolved are the complicated ones that involve matters outside the control of state administrative functionaries, although efforts are still on-going to resolve them.

Infrastructure and commercial development in Gelang Patah has resulted in almost a doubling up of population numbers in the area, providing greater opportunities to the business-savvy individuals, and more higher paying jobs for skilled workers that translate into higher disposable income.

When I talk to neighbors and people I strike-up conversations with, there is a sense of greater prosperity all around, although people do complain about higher food prices, which is really about scarcity, demand and supply, and with people flocking to Johor looking for better prospects, you can't really avoid that.  (Yes, I do have this tendency to start up conversations with complete strangers, although I am careful to be extra smiley when doing so.)

From my observations, Dato Ghani has never been a part of any faction in Umno Johor either, and this is a good thing.  The neutrality that he maintains, which may not go down well with many people who wanted privileged access to champion their interests, has been instrumental to ensuring that his integrity remains intact, his decisions respected.  He is also very media-shy, which is quite unique among politicians, and actually looks rather cute whenever he bashfully attempts to respond to sensitive questions with the minimum of words while maintaining political correctness.

I don't know enough about Lim Kit Siang, as he is an outsider as far as Johor is concerned, despite being born in Batu Pahat, Johor.   As far as I can see, whatever I know of Lim is what I read in the papers, as whenever he comes down to Johor prior to this, his focus has always been on addressing only the Chinese voters.  Even when he was in Tenang, whatever he said in the national language had very little relevance to me, and the bulk of his "ceramah" and speeches there were not in the national language nor in English.  For someone like me, it is difficult to relate to someone I can't understand.

However,  in a future where it is clear that we are heading towards ethnicity being the determinant of one's political leanings, as evident in the "Chinese Revolt (revolution)" expectations of the opposition operatives, what happens in Gelang Patah on May 5th will determine my future political leanings as a Malaysian Malay.
Posted by BIGCAT at 16:40