A friend working for the PMO told me the other day that we are actually at war now. The establishment is under seige, he said....dramatically.

Honestly, I think my friend is quite outdated. For me, the war started at the start of Pak Lah's pathetic premiership. The seige started way back then. Of course my friend can't comprehend that as he had at that time living a good life in a neutral environment and employed by foreigners.

I was a foot soldier in the trenches, so to speak, mostly at that time trying to defend Najib who was then the deputy prime minister. The attacks aimed at Najib at that time mostly came not from the opposition but from Pak Lah's people who tried to undermine Najib at every turn. I was not part of the Najib's team but had the privilage of working closely with them. The team was actually quite small at that time. Nowadays, except for those from my days of hanging out in Pekan, I hardly know any of the new people. There are so many of them now.

The most important lesson I learned from those early days of the "war" is that the attacks from within are more dangerous than those which came directly from the enemies. In a more simple term - BEWARE OF TRAITORS 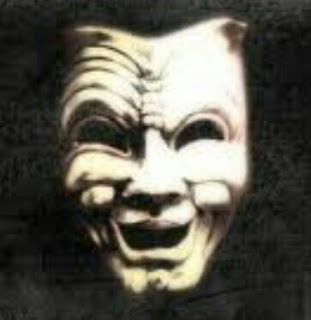 These traitors can be in many forms. Here are two types of traitors who are most dangerous -

1. Those who claimed to be staunch BN supporters but actually working for the Pakatan side to undermine from within.

2. Those who claimed to be staunch BN supporters but actually working for their own self interest. They actually don't give a crap what will happen to BN or this country as long as they get what they want - power, money, positions, etc. Seventy five percent of traitors within BN are of this category.
Posted by BIGCAT at 10:12