It's early Sunday morning...and I am already up and awake, as usual. Done with the necessary things and cleaned up the house a bit...sorts of. Going to visit my little brother later. Poor boy is crazy, but he seems stable the last time I checked on him a few days ago. Hopefully he is ok again today.

These days, I always try to keep myself busy. Don't want to sit idle and end up thinking yang bukan-bukan. I tend to think too much if I have nothing to do. I am also trying not to miss him....after all, it's unhealthy to love someone too much. I don't think the useless fella loves me that much anyway. I even think he loves eating pork more than he loves me.  He is also getting a bit too fat. So, I better not waste my brain bandwidth too much for his nonsense.

Talking about keeping myself busy, I have conclude that the best way to prevent us humans from being stupid is to work hard. Even if we are really stupid, if we work hard, we will be ok and succeed in the end. I have met many failed smart people but can't remember knowing any failed hardworking people.

I never consider the Japanese as very smart people, but they are indeed hardworking, tenacious and focused. And they are successful because of that. The same with Koreans and Chinese. It's their culture, I think which give them those good qualities. 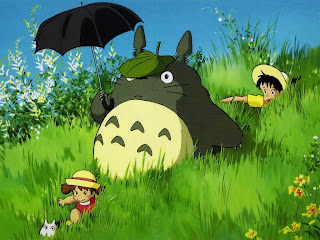 Cool is good but being too cool is dangerous for our health. That is exactly the problem with the Malays when it comes to politics. Especially in politics.

What? You want to come and stay in my country....ok can, this country is big, you can lepak here and take what ever you want, I am cool about it.
What? You want to share share as co-owner with me my country....errr, can also lah, but these stuff belonging to me you don't take arrr...the rest  can...but don't lebih lebih, ok?
What? You want to take what is mine too.....eh, cannot la....errr, what you say? We are of the same race....Bangsa Malaysia? Really? What? Those Malays who make noise are corrupted racists? Really... like that ka? Oh, ok. You must be right. All those smart whitemen also said the same. The Quran also told us not to be racists. We are cool and cool people are not racists.
Oh ok, take lah whatever you want....these stuff of mine also you all can take.
Errr...how come you all still not speak or behave like Bangsa Malaysia harr....Got your own bangsa school some more...What? Oh, your bangsa is still your bangsa is it? Bangsa Malaysia is just for you all and us to get together gather is it? Errr...How about Bangsa Melayu, can we keep that one? Cannot? Racist to defend and promote Bangsa Melayu? Oh, ok lah....we are cool people...cool people are not racists.  Hmmmm....never mind lah, we  accept lah what ever....

Cool isn't it? Or is it that we Malays are simply supremely stupid?

Am I making all these up? Malays can't be that stupid are we?
But really, just look at what is happening in Johor. Johor Pas, along with the Malays in PKR are working hard to break the Malay vote bank for the next general election so that their ally the Chinese DAP can win more electoral seats in the State. They definitely know they can't win more seats then the Johor DAP. They may even actually not win a single seat. These are facts. Yet they don't care even to think far enough as to what will happen in future.

I am not a hardcore Malay nationalist. I dislike all those Perkasa people and think that Ibrahim Ali is just a clown. But, come on lah Malays, please don't be so stupid. Enough la. Want to be nice and cool is ok, but don't over do it. You all end up nothing but stupid, ok?

What? You all Malay liberals are not Malays anymore? Bangsa Malaysia? You all Pas people are not Malays also? Just Muslims? Fine. Up to you all lah. I give up on your types already. Better spend my time hanging out with my crazy little brother than talking to stupid Melayu yang perasan pandai. Wasting rice only leh.
Posted by BIGCAT at 10:35