Today I saw this story about one Pas guy in Kelantan who divorced his wife because she is a supporter of Umno. Crazy bugger. The wife is a religious teacher. According to the report, the wife had went to a ceramah by that former Pas strongman Hassan Ali because someone told her there will be a lucky draw. Poor lady kena divorced because of that. 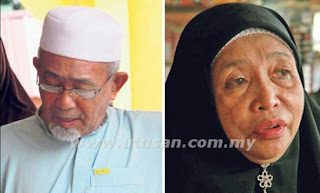 Whenever I read these sorts of nonsense, I can't help but wonder what is the future of the Malay muslims in this country. That divorce case was not actually an isolated incident. There have been similar cases in the past, including breaking up of families, double imam prayers, divided community etc.

I don't see these sorts of things happening, let's say in the Chinese community. At least not yet for now. If they want to fight among themselves, they would fight over more practical things...such as money.

Maybe Malays should learn from Chinese on this. It's quite common in a Chinese family to have members from rival parties and they all can sit together for dinner without going at each others throat. Malay families of such normally would be less harmonious. Go back for Hari Raya family reunion also ended up quarreling over politics.

Anyway, I'm probably lucky that he is a Chinaman and a DAP supporter. If he is a Malay guy supporting Pas, I would likely kena dumped a long time ago for my political affiliation.

So, girls, if you are not a Pas supporter, try not to fall for one of those crazy Pas people.

Hmmm...I do wonder if this beautiful Chinese Cambodian lady and her two children were dumped by her Pas assemblyman husband because of political affiliation - 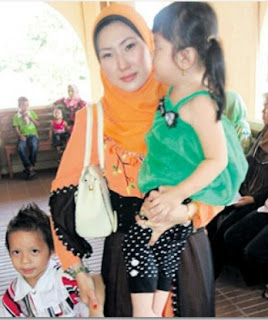