Gerakan and The Boot

Gerakan will no longer kow-tow to Umno? 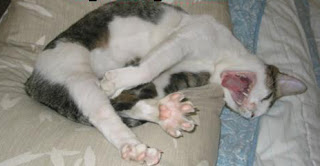 Do you even realise that your representation in any part of the country is courtesy of Umno, giving you face?

Do you even realise that MCA and Gerakan political representation in this country after GE13 is courtesy of Umno's tireless grassroots activism?

Have you no shame?

You think you could have won in Simpang Renggam and Pemanis if it hadn't been for Umno branches campaigning without any support from Gerakan members on the ground?

As far as I am concerned, Gerakan should show some self-respect and leave the coalition.  You are not only dead-weights, you are also a major liability to BN.

Umno will not give you The Boot, so you should just go, you know, walk the talk and take your stinky hide out of the Coalition.

You are giving a bad name to all those "superior", "classy", so-called Malaysians with your caving in to the inevitable "we will continue to be part of BN" thing that you finally came up with at the end of all that blaming Umno for everything wrong with your party.

I dare Gerakan to pull-out from BN.

Otherwise, you are just proving yourselves to be a bunch of spineless wimps of the most despicable kind.

I have refrained from putting down my thoughts here during all that Umno thing that has been the main topic of the political kind these past weeks because I was hoping against hope that Umno leadership will seriously walk the talk - you know, about all that transformation bull and stuff - but the results of the Wanita and Pemuda elections kinda tell me that all that transformation talk was just that - bullxxxx.

The thing is, I'd rather not make predictions early on as I had no wish to see my fears confirmed, but unfortunately the outcome was such that I spent the most part of yesterday creating content for my favorite computer game instead of being useful around the house.  It was really disheartening.

However, I am not going to start getting all emotional and throwing tantrums with proclamations of "Umno is dead, long live PR/DAP/PAS!" or things of that nature.

I haven't lost it all yet, for despite the less than stellar leadership line-up within Umno, it has far more credibility and variables than those presently in power within DAP and PAS.

At least BN/Umno still has some conscience, especially since it has not resorted to the kind of bigoted demonisation that has been used against them by the PR/DAP/PAS and their liberalised "classy" minions from both sides of the divide in cyberspace, twitterdom and elsewhere.

The next political struggle to watch for in the Peninsular states will be within PR/PAS.

PAS has never been politically active in Sabah and Sarawak, so its fight will largely be focused on the  Peninsular Malays, presenting an alternative to BN/Umno, and will be taking advantage of the present dissatisfaction among urban and young Malays with Umno's insular attitude.

That's why Khairy Jamaluddin's winning the Pemuda leadership is the saddest thing for Umno's future as I think he is out of touch with the majority of young Malays urban or rural - he is seen as too liberal, too untrustworthy, too in love with himself and too fake - that I think they will eventually flock to PR/PAS if Pemuda continues its present "syok sendiri" mode, its current trademark.

I have just completed re-reading about Pemuda Umno, and my quick assessment is that its decline really began in the late 80s to early 90s, so it is not surprising that the present Umno leadership is the way it is right now.

Looking at the voting trends from 1999 to 2008, there has been a steady decrease of support for BN/Umno at the ballot box among the younger voters even in Malay-majority areas.  The results of GE13 would be an interesting analysis.  However, I digress.

The way I look at it, PR has milked all it can milk, politically, from the Peninsular Chinese through DAP's chavinistic politics, and will now focus most of their energy in converting Sabah and Sarawak.

What happened at GE13 sort of proved that PR and their backers cannot win the federation purely by playing on Chinese sentiments.

Despite using PAS and their rhetorics to undermine Malay solidarity in semi-urban areas, and gaining almost all the Chinese heart and soul, they failed to win sufficient seats to form the federal government.

The Chinese and the liberal Malays have largely ghettoed themselves into highly dense urban enclaves of "the haves" that have limited their effectiveness during elections.

All PR can do now is play the Chinese sentiments to maintain the status quo within the Chinese enclaves, that is playing up all the Chinese issues they can find to keep the fire burning, so to speak.

PR realise that they need to garner the rural votes themselves as PAS has failed to deliver rural support - this is proven in Johor and Perak.

They can only do that among the bumiputra of Sabah and Sarawak.  Their tool is Christian evangelism.

At least that's why I think PR/DAP are going all evangelical for the past 2 terms and why they immediately went into campaign mode for Sabah and Sarawak barely a month after GE13.

Their focus will be in using Christianity to get the rural votes from Sabah and Sarawak, and that is why they are working with the various churches to increase both flock and votes - a mutually beneficial partnership indeed.

PR/DAP have not seen massive success yet, but their backers and strategists are confident that their "superior intellect" and massive funding through NGOs will prevail against the "simplistic and less than intelligent" natives despite failing to rouse a Malaysian Spring into the summer of 2013.

After all, the only thing in their way is currently being controlled by self-serving pursuits of the few and lulled into complacency from within.
Posted by BIGCAT at 11:04 7 comments:

The Pemuda result was totally expected, as having seen Pemuda in action over the past two years (or rather inaction where it matters) I was fairly certain that YB Khairy would win.

I wasn't expecting her to win, but I was definitely hoping that Datuk Maznah wouldn't be given such a rout by the Wanita delegates.

Wanita was indeed a disappointment. 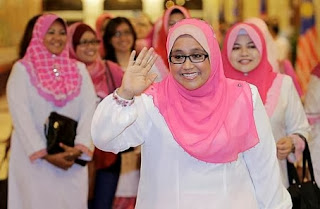 On the other hand I hope YB Emy will bring about a difference to Puteri and bring her activism on the ground to the rest of the Puteri Wing.

Although it is important for Puteri to take up issues faced by young Malay women, I sincerely hope that YB Emy's experience as the rep for Masjid Tanah will give her greater understanding of grassroots issues which will help her give greater substance and relevance to Puteri's political and social activism. 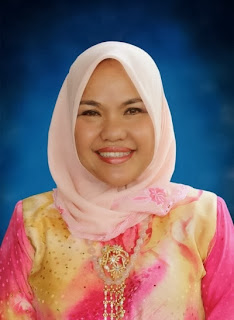 I have been reading up on Datuk Maznah's candidacy for the Wanita Umno top post.

I don't know the lady personally, and I have never met her in person, but what I have read seems to be fairly neutral and devoid of negativity.

Even my sister thinks she seems to be an OK person from her dealings with her.


Among the three contesting, I have the most confidence in her to clean up Wanita's image and bring back the original spirit of the Wanita grassroots movement that has always been the backbone of Umno social activism, without which Umno political activism would not have been sustained all these years.

I am not a Wanita member, but I have a great deal of respect for a number of Wanita members I have met and worked with over the past 2 years.

I also believe that the work that they do on the ground is not only good for Umno, but also good for the community that they serve.

Both Wanita and Puteri should be working together in developing social programmes that capitalise on their collective strengths,providing feedback that can be incorporated at policy-making levels to ensure Umno political activism continues to be relevant.

I have great hopes that the new Wanita leadership will look upon Puteri as apprentices and future leaders as opposed to rivals, and I hope we will eventually see a seamless continuity of Puteri activism when they graduate into Wanita.