I have been down with flu' so BigCat has been severely neglected just as I was thinking of writing regularly again.

I took the boys to Kidzania KL last Monday for a bit of R&R and must have caught something along the way.

This is the first time in days that I feel better, just in time to catch up with a friend who has been covering the just concluded Muktamar PAS.

I guess the inability to come up with a good excuse for discrepancies in voting results is a transmittable disease.

But I think what is worse is the PAS President's dismissal of these unexplained discrepancies as "perkara kecil".

It's like saying that the 86 delegates' show of choice (representing how many thousands of your own party members) is small matter to him.

Dato', it is better to say you don't know and will find out what really happened than make such an arrogant comment, you know.

If you are that dismissive of your own party members, I am beginning to wonder how much more dismissive will you be of the general public, especially those people who are not even your party supporters who are still the rakyat that you are obliged to serve if you become their representative in the House.

And if the party president is like that, people will start wondering about the character of the people who chose you to lead them.

The fact that PAS delegates chose that Mat Sabu fella as their second in command is reason enough to give me doubts about the intelligence of a group of people who claim that their party consists of clever, educated, classy and righteous thinking Muslims.

I have heard that fella speak in public a few times.  To this day, I can't understand why people like him so much as a politician because I couldn't find anything he said worth thinking or discoursing about, nothing about logical governing policies, nothing about initiatives to address societal imbalances, nothing other than political rhetorics and crowd agitations.

I was told he was an interesting and funny speaker, and yet I found him disappointingly empty.

Today I was told that he is the second most powerful man within PAS political leadership.

Majlis Syura Ulama PAS, you say?  Come on la ... with the results of the ballots, do you really think the opinion and decrees of the Ulama within PAS matters to the delegates who represent PAS members in the country?

Both wanted to go again, but I told them I am all broke so they have to wait until their daddy has the time to take them.
Posted by BIGCAT at 18:41 3 comments:

I finally went and got myself "micro-simmed" to go with my brand new (almost) iPhone 5S, a gift from my sister, who has been handing fancy smart phones left, right and center lately.

Mwahaha .. I knew I was going to get one of these fancy schmancy piece of tech for free ...

So, for the first time in my life, I got myself a piece of tech which I refuse to call a phone because 90% of the time I am using it for things other than communicating with someone else at the other end of the line.

I even trashed some youngster somewhere in the epic slugterra slug it out multiplayer game three minutes after downloading it on my brand new (almost) 5S.

My nephews think that was too cool.  We cheered my winning together.

My sister, on the other hand, thinks it's sad that a grown woman would actually waste precious minutes in a game meant for preschoolers, but hey, it is just a bit of slug-slinging entertainment that the child in me simply can't resist.

She thinks if I were to just get out of the house and get a regular job, no matter how much the pay is, I'd be able to break the bad habit of being a laze-about.

She may have a point, as all these fun and games are what have been keeping me occupied and out of touch with the political scene. 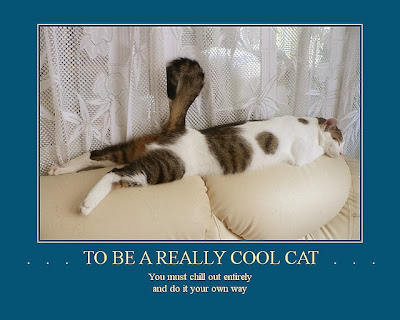 I mean, what more can you write about the present political situation in this country anyway?

Everyone and everything is just too predictable, and there is really nothing new to perk my interest that I get more pleasure out of creating game content than browsing for current affairs news.

Seriously, if not for my rather boring and dull online persona, and a boring and dull lifestyle, I would consider transforming BigCat blogspot into a lifestyle blog as I would have more to write about.

Trying to keep up with the so-po label and being all serious and intellectually acceptable is taking its toll on my senses.

Even the Sg Limau by-election failed to register a tremor on my "interesting stuff" gauge.

As for (formerly Dato) Hamsan Saringat, way to go, sir, I have always thought that you are an interesting and upright person, so hang in there and stick to your principles.  What is more important is that you continue to maintain your integrity and upkeep your responsibilities to the public.

As for Sees, don't worry ... rezeki dari Allah.  We know that what you've got, you earned it the hard way.  Hang in there, may the righteous be the eventual winners, insya Allah.

Of Mental Midgets and Self-Imposed Alienation

Apparently Chief Minister Lim is still at it, at least according to rockybru, Annie, Helen, and a score of others covering the Sungai Limau by-election.

I am not going to waste my time pondering on the obvious lack of political maturity being displayed by the DAP Great Leader.

His inability to actually speak publicly without taking potshots at his political rivals and his tendency to badmouth his own country and countrymen when addressing foreigners is a sure sign that his mental capacity isn't capable of thinking beyond lame midgetry and racial incitement to justify his existence.

We can only thank God for the infrequent opportunity for him to embarrass us with political potshots at BN and Umno at international events where he is supposed to maintain the decorum and dignity of a state leader.

I am, however, quite curious about how the majority of the cina in Malaysia who claim to be educated and superior in every way than the Malays could be so full of themselves, so steeped in self-pity, so lacking in mental fortitude and logical reasoning that they could actually fall for such an obvious political ploy meant to incite racial hatred in order to gain political support.

I wonder whether this completely self-absorbed and insular mental state is a common cultural trait of the ethnic cina or if it is a result of indoctrination from childhood of their imagined superiority while at home, at the chinese vernacular schools, among their peers and also within the chinese trade associations of Malaysia.

It doesn't help that the cina of Malaysia maintained an almost "jijik" attitude when it comes to the Bahasa Kebangsaan, such that the majority of them who were born and bred in this country couldn't communicate effectively in the national language, whereas I have met a Bangladesh national who have been here for less than 4 years to have better command of the language than many cina I have met.

They would rather speak in broken English than in broken Malay.

The irony is, the greatest champion of vernacular schools and chinese trade associations is MCA who has been providing not only financial funding and business networking, but more importantly lobbying for contracts in the public sector.

In my opinion, if there were any lacking in the quality of life of the ethnic cina in this country, or ethnic indian for that matter, the blame should be laid at the feet of their own political and business leaders who have not done as much for their respective communities as were expected of them despite being given positions of power in the government, business licenses to operate without restrictions, government contracts aplenty, even financial funding for their respective vernacular schools and tertiary colleges.

Now they are all blaming Umno because that is too easy and far more convenient than sincerely asking themselves what they have done for their respective communities and that whether all these while they have taken advantage of ethnic differences to the point of alienation to put Umno to ransom purely for personal gains and political mileage.

I am not particularly fond of most Umno leaders, but I will not be party to the perpetuation of a myth that non-malay political leaders are blameless for their becoming irrelevant to the very people they claim to represent, the reason why I took offense to statements of Gerakan leaders at their convention.

I find such posturing despicable.

At the end of the day, I have found that the saying "it's every man for himself" is absolutely true in business and politics, regardless of what they claim in public, and I doubt that Chief Minister Lim is any different.
Posted by BIGCAT at 00:54 2 comments: