I read with sadness the NST news that Pasir Gudang MCA members tendered their resignation from all government posts in Johor.  I guess the inevitable has happened and like the gentlemen that they are, they followed up their promise with immediate action.  However, personally I don't think this is sufficient action for MCA.

My suggestion to MCA is to fully abandon the constituencies that abandoned you, focus only in those where you have a modicum of support from the Chinese and give greater attention to the Malay constituents who have supported you despite your previous neglect of their well-being.  I know for a fact that many Malay constituents complained of being neglected by their non-Malay YBs whom they claimed were only attending to the needs of their respective communities.

For Johor, it is obvious that the Chinese had not only totally rejected the BN formula, but had also clearly sent a message that they do not need MCA to champion their needs on the ground and had emphatically shown their contempt for the moderate ways of Johor Malays as exemplified by their total abandonment of Dato Ghani Othman in Gelang Patah.

My early calculations of the returns at Gelang Patah indicates that Dato Ghani Othman received well under 5% of the Chinese votes.  There is also strong indication from the voting patterns that there are substantial Malay votes that went to Kit Siang in Gelang Patah, showing that some of these Malays would rather have a Chinese chauvinist than a Malay moderate as their representative, although I suspect that these are PAS and PKR supporters.  However, since I don't have access to detailed PDM-level data, I can only depend on my own assessment of the total results of the state and Parliament seats figures.

There have also been reports on the ground of Malays being quoted as saying "padan muka kalah, mua kan sangat Cina" on the ground, indicating that Umno leaders like Dato Ghani will be rejected by the Malays too for pandering to the Chinese.

The moderate Johor Way is no longer relevant in Johor.  Moderation will only lead to the Chinese demanding more and more as they think the BN Malays are hard-up for their support, but pandering to them will only gain BN their contempt and they will display their scorn for the stupid and weak Malays at the ballot box.

On the other hand, angry Malays who see the constant appeasement of the Chinese agenda by their Malay leaders will view them as neglecting the needs of the Malay community and will reject these leaders at the ballot box too.

The Malay middle-class who have well-developed "me first" mental attitude, who have already gained all the benefits from the system, will not appreciate BN's focus in the rural areas either, as to their minds, these rural folks are poor and stayed in the kampungs because they are "bergantung pada bantuan kerajaan, pemalas dan bodoh" and that the government should prioritise their needs because they are the "intelligent" Malays and worthy of further "upliftment".

These Malays are also sufficiently well-off that they have the time to entertain their "lofty" ideals and have no consideration for the issues of the materially poorer folks.  Small wonder that these are the ones who fall for the PAS and PKR flawed ideas of islamisation and reformation, one based on imposing their version of religious doctrine, the other on complete acceptance of social libertine values.

Having been totally demonised by the DAP-led Opposition, Umno/BN have at most 5 years to reflect and decide the best course of action to ensure their survival after GE14.  In my opinion, Umno must make a choice whether to abandon their 1Malaysia ideals or abandon Malay Unity, as the middle path has already been proven to be totally rejected by both the Malays and the Chinese. 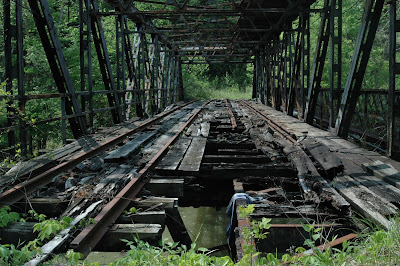