Added Note:
All political stupidity is barred in this particular thread.  I have zero tolerance with bangangness at the moment, and any comment deemed to be below my tolerance threshold will be spiked.  I exercise my right to treat all Pakatan-inspired moronic one-liner trolling as spam.
End.

I can't believe that people are still at it with their political propaganda crap and rumor mongering.

Apparently the chronic chronicles are at it again as reported by Annie here.  And then there are the people who got drenched last night, (or was it the previous night - I am not interested enough to keep track), protesting the outcome of the election.

I can take some bitching after the election, but can we just quit with the politics right about now and focus on nation-building instead?

If you must make noise, be a responsible Opposition and start working on the possible alternatives and development propositions to counter all the alleged wrongs being implemented la.  Or are you even capable of thinking beyond all that gossipy stuff?

I don't give a xxxx for any of that democracy crap they keep spouting as their very actions have proven that they know nuts about democracy.

They wanted indelible ink to be used, the EC accommodated, then they went about making a big drama about it .. only one word to describe it .. Bangang.

Democracy have died konon ... do they have any credibility to even talk about democracy?  How do they practice democracy within their own parties?  Talk only, sendiri punya party elections tonggang langgang.

Nepotism la pulak ... do they even know what nepotism really mean?  When multiple family dynasties are alive and kicking healthily within all three Pakatan parties?  Clowns la the lot of them .. especially the moronic followers who comically parrot their leaders without realising how stupid they sound.

Rampant corruption in the gomen la konon ... as if gomen officers bribe each other within the confines of inter-departmental transactions without involvement from the well-off middle-income public and business community.  As if "entertaining" clients in the private sector is not a form of institutionalised corruption ..

Why are business dealings between suppliers and local agents in the private sector called "sales commission" and a similar thing for sales in the public sector is called "corruption"?  You mean computer salesmen selling to government department are not entitled to earn their commissions from the product distributor, but can  have their commission when they secure sales from,  say, a bank?

And those of you spreading allegations, rumors and lies as if these are facts, don't you people have better things to do like having a life or earning an honest living instead of spending every waking hour spouting political crap and propaganda?

Are you people simply incapable of contributing anything positive to the country and society?  Or are you only good at insinuating, spinning, twisting lies and half-truths?

There are other things in life, people ...  go and get one. 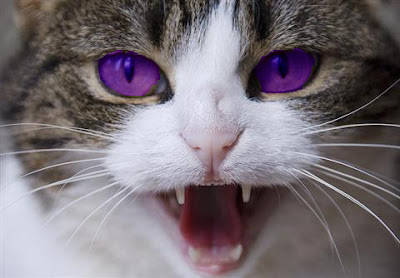