I got home very late last night, or rather this morning.  I spent the entire evening with friends at Persada and later had a long chat with my friend in the wee hours of the morning.  She's a Ghani loyalist who had campaigned tirelessly for the past two weeks in the back rooms of Umno Johor War Room operations centre.

I was expecting her to share my dismay at BN's dismal showing in Johor, but she was actually smiling in a clear sign of relief that the result wasn't too far off from her earlier forecasts and my initial analysis of the Johor situation.

"At least we managed to defend Labis, Tebrau and Pasir Gudang" she said, "and the loss of Batu Pahat is totally predictable the moment we found out Puad Zarkashi was fielded, against BN Johor's advice."

The following is a summary of all my previous thoughts of the political situation in Johor for reference.

Purple Cat's analysis - Pakatan's targets in Johor... - the initial indication of DAP's strategy for Johor
Where to, Hafiz? - where PAS was heading in Johor
Battlefield Johor - how marginalising the Malays will hurt BN in Johor
PKR Decimated - PKR's fate in Johor
Acid Test - a question whether Johor Chinese are racists or not has now been answered
Under Attack - how DAP planned their attack and why PKR won in Batu Pahat instead of Segamat
Reverse Racism - how the opposition used the very same tactics they accused Umno of to win GE13
Exclusively Yours - a question of whether the Chinese can rise above the politics of hate and racism
Helping Out - the possible outcome of the Johor Chinese open show of their racist tendencies

I think I was more disappointed with results than she was, but she reminded me of our previous conversation of what will happen to the Chinese should they choose the path set for them by DAP.  She said hopefully DS Najib had learnt a valuable lesson about what she termed as the "Chinese Avarice" and that Umno will now practice greater moderation when it comes to appeasing the Chinese community in Malaysia.

She also hoped that future BN Johor government policies should be revised to ensure that the ungrateful Chinese chauvinists and racists will be left to rot in their various urban ghettos, while the bulk of development funding can be re-directed to uplifting the lives of more deserving ethnic groups in the rural and semi-urban areas.

What cannot be denied is that the outcome of GE13 has certainly justified the proliferation of Perkasa-type organisations, and despite my misgivings, I agree with her, that the Malays and Bumiputra ethnic groups will need to counter Chinese chauvinism and arrogance in equal measure.

It is sad, but inevitable, that we can no longer avoid walking the path of ethnic polarisation and segregation.  I weep a little last night for what awaits my people should we continue along our blinkered in-fighting and shallow self-serving ways. 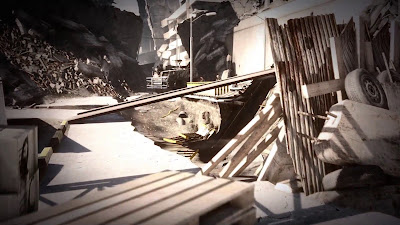