I managed to catch up with my friend who is part of the group campaigning for BN in Gelang Patah.  We had a chat over dinner and she told me that her team consists of a few girls who managed to take time off from their day job to help out at their makeshift operations centre.

They are not Puteri members, but simply a group of friends who wanted BN to win here in Gelang Patah.  For the past couple of days, they have been reaching out to friends and strangers that reside in Gelang Patah, reminding them of their voting rights, helping them find their polling centres and providing general assistance where required, and implore them to vote for BN.

When I told my friend that I wanted to join them, she laughed and said that I wouldn't be able to fit it in my work schedule, and that I don't have the temperament to call up perfect strangers and ask them to vote for BN, being too combative and lacking in verbal subtlety.  Gee, thanks kak, I didn't realise how unpleasant I was.  But she gave me a Puteri Umno t-shirt, probably to soften the blow, and told me to wear that instead as a show of support.

However, she told me that the people that the group called were largely BN friendly and had readily expressed support for BN, some of them were actually young voters casting their votes for the first time.  Out of the thousand odd people they had called so far, only one had been negative.

Me: But you only called the Malay voters ...
Her: True, but at least we know that we have a high percentage of Malay support, in the nineties I should think.  Those people we called were random numbers that we got off the electoral rolls.
Me: But Gelang Patah is all about the Chinese ...
Her: You think MCA members are going to vote DAP and kill themselves off in the process?  What about their families?
Me: Err .. what do you think?
Her: Tinsel, kali inilah, let's just have some faith in the MCA people, shall we?  If they abandon their own party, then we know where not to place our trust ...  Just look at the big picture.  In Johor, Chinese are less than 40%.  In Malaysia as a whole, less than that, and they are confined to the urban areas.  Their growth rate is lower than the other ethnic groups.  If they fall for DAP's chauvinism, it's self-inflicted marginalisation and they only have themselves to blame, that is if they are capable of self-reflection and can see beyond their overwhelming self-pity.  Because, after GE13, as Tun M said, if the Chinese reject BN, there is no more "kongsi" with the Chinese, as they would not be represented in the BN government and BN's focus will be on developing the quality of life of the other ethnic groups.  Besides, if they are incapable of seeing any good in you all these while, why should we continue "mencurah air ke daun keladi"? 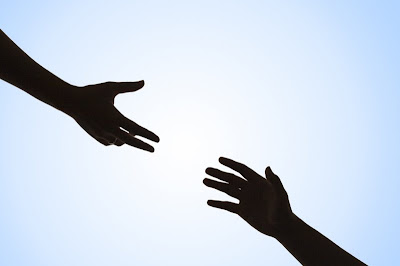