I like the new Home Minister, the new IGP and his new Deputy.  I hope they can do something about that bunch of poor losers throwing tantrums all over the place non-stop because they can't get everything their way.

It seems that Datuk Seri Zahid Hamidi is making his presence felt immediately after his appointment as Home Minister and I agree with eddy, we need someone like him to tell it like it is.  That's one kick-ass Home Minister.

They have issues with our political system that has been in practice for yonks, our constitution that is the foundation of our nationhood, our national language that is supposed to unite us as a nation, and our flag, the symbol of our national pride.

They want to UBAH everything.

I would tell these idiotic protestors, rather than change everything to suit their selfish interests, why not just go migrate elsewhere, but I am sure no country would take them in, or give them PR status, let alone citizenship, because they have nothing of value to contribute, so we are stuck with them idiots.

And they knew this, that's why they are still here finding all kinds of excuses to stay on, all the while acting up like the mentally stunted juveniles that they are.

What surprises me, however, is the moronic behaviour of the urban masses who actually waste their time to listen to a bunch of immature, irrational and unreasonable geriatrics who just won't retire with grace as befitting their age.

These self-styled "educated urbanites" may be educated, but they don't seem to be particularly intelligent nor mentally discerning.

It amazes me that they seem to actually believe all that hype, that they are the clever, educated, enlightened ones, and all those who don't agree with their herd's high-class creeds of what is right and wrong are low-class, uneducated, rural bumpkins which they superciliously termed as Dumno.

You people, the so-called educated urbanites, you realise of course that as far as these politico agitators are concerned, all of you only equate to VOTES during elections and MOB POWER during street demonstrations and rallies.

And if you die in the stampede, your death will be politicised til kingdom come, but they don't really care that you died, just glad they have yet something else to blame on Umno/BN.

These unpatriotic mental midgets do not deserve our respect nor are they worthy of our time as they are real self-absorbed jerks, who think that the world revolves around them and them only.

To them everything is about their kind of politics and they keep dragging everything and everyone into their spinning web of lies and half-truths, where their opinions overrule everyone else's.

It is okay if they don't have meaningful lives, but the rest of us do, and we want to move on without them clogging up the streets, noisy as hell, terrorising the internet with their belligerence that have severely limited my interest in reading up on local current issues.

Selfish jerks, the whole lot of them.  I wish the news agencies would just ignore them and just not pay any attention to any of their egotistical and self-aggrandizing statements, or in more simple terms ... "terlebih perasan".

To our guys enforcing our laws and keeping order, there is no point in trying to reason with these morons if they simply won't see reason.

Just round them sheep up and ship them off to an island somewhere off-Sabah, as near to Southern Philippines as possible, equipped with the minimum of tools, so they can create the kind of government they wish.

Having to deal with real pirates and terrorists may make them appreciate Malaysia, since reason won't.

My new term resolution post-GE13, is to keep my cool in the face of stupidities of the political kind. 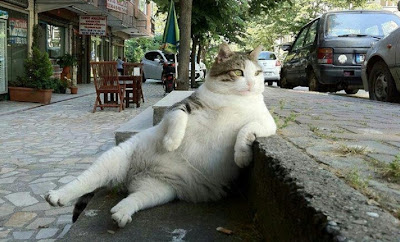