The two boys sat on the edge of a drain behind the dining hall of their boarding school. It was after Ishak prayers and the place was dark.

The Chinese looking one was brooding over something while his best friend who has spiky hair mumbled something about the deaths and destructions in Lebanon as he surreptitiously smoked his cigarette.

The Chinese looking boy had bought copies of Newsweek and Times magazine just to keep the pictures of the dead men, women and children of the Palestinians.

"At least we are doing something," said the spiky haired boy, referring to the continuous announcement made via loudspeaker at the school surau that night as donations were made to a fund set up by the students to assist the Palestinians. The students cheered from their hostel as new donation were made from time to time. The total sum collected by the students for the fund was almost RM2,000, which was a significant sum at that time.

"These are all nonsense, what we are doing," said the Chinese looking boy.

"If we really want to help the Palestinians, we have to go there and fight alongside them and not be cowards," he said. 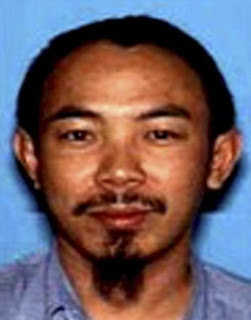 This story was told to me by his best friend, the boy with spiky hair and cigarette.

Now, as the Israeli Defence Force geared up to reinvade Gaza, that largest concentration camp ever set up in human history, and deaths mounting from their airstrikes, I remember that story of Zulkifli Abdul Khir.

I wonder, how many more Marwans will be created by the coming Israeli invasion.