Coldness and hypocrites back home

First of all, let me wish all who celebrate Deepavali today the very best. May it be a joyous occasion  for you and your family.

Been on the road for almost two weeks now.

Pausing for awhile before the last phase of my trip.  I think I will rest here for tonight and tomorrow before continuing the next day. The last phase should be for another four days after that.

My upper lip is numb due to the cold weather, but overall, I am okay. 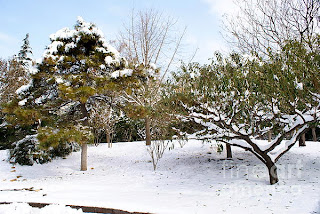 Been out of touch with things back home since I started my trip. Access to internet is not so good at this place.

The only interesting thing about politics back home that I heard all the way here was about PKR vice-president and daughter of Anwar Ibrahim, Nurul Izzah saying something in a church about Malays' status as Muslims and then denied saying it before turning around again to admit it after presented with evidence of her saying those things.

Honestly, I don't care much if Nurul Izzah thinks that some Malays are not necessarily Muslims. That's her choice to think that way. Heck, I don't think I really care if she thinks I am not a Muslim. Pas people had even labelled Muslins like me as apostates, what. After all, she is not GOD. She is just a politician who is what she is now courtesy of her being Anwar Ibrahim's daugther. So, don't expect me to respect her opinion that much. By the way, I never think she is that bright anyway, even when I was back then sympathetic for her and her family.

What I however  really can't stand about her latest stunt was, the way she was trying to play the religious card for political gains. Were the Pakatan gang so desperate for Christians' vote that she had to say such things in a church? Can't she win support by any other mean?

And there was Pas, a party which have been exploiting their purported Islamic credentials, supporting her by initially saying that her words had been twisted by the pro-BN media and then when proven she had really said such things, they turned around saying she was right for saying such things anyway. What is this, if not a munafikin (hypocrite)  behaviour? True or not, Tuan Guru Nik Aziz?

Well, Nurul Izzah, if you really have the conviction of believing in something, you better stick to it, ok? Don't be a snake. Leave that to all those snaky Bar council lawyers who think they are so smart with words that they can get away with being snakes. This advise goes to you you all Pas people too. You want to claim yourselves as being the best type of Muslims(whatever that is), go ahead and be the best type of Muslims and don't behave like bloody hypocrites, ok?

Ya, I know I'm not a good Muslims and all, but I don't go around accusing my fellow Muslims of being lesser type of Muslims simply because they do not subscribe to my political beliefs, ok?

Eh....enough of my preachings....need to sleep now....I will try to start posting regularly again after this. Cheers everyone.

ps - This following video clip is for Andy, my fellow traveller and  good friend from Indonesia. My favourite Scorpion song this one, Andy. Just for fun ya :-)