Read a report today that Pas Ulama council chairman Harun Taib had said that other component parties of Pakatan had agreed to allow for the implementation of syariah in the country's administration if they were given the mandate to rule the country. 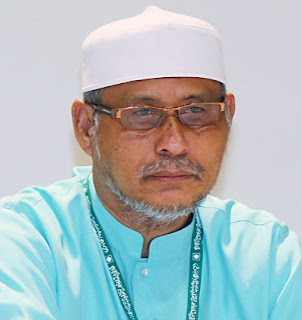 Harun had said this today during the Pas annual general assembly meeting in Kota Baru.

So, Pas' hudud agenda is on, I guess.

Karpal Singh would definitely flipped once he read the report.

I'm actually finding it difficult to believe that report myself. Pas is currently just a junior partner in Pakatan with just 22 parliamentary seats compared to DAP's 29. How did they manage to convince DAP to agree to such thing would be a mystery.

Maybe Harun was just kidding. Maybe he was just trying to tease Karpal....honestly, I don't know.

Probably Harun made that statement because Pas is really worried now that they may lose more of those Malay Muslims votes, especially those who were uncomfortable with DAP's apparent dominance of the Pakatan coalition. Maybe they were afraid that Nurul Izzah's rather controversial statement on Malay Muslims' freedom of religion had done irreparable damage to their cause.

Err...I wonder if Lim Kit Siang or his handsome son Guan Eng will say anything about this....well, maybe not....silence is golden to them, I guess.