Lost in the world for half a day yesterday. Battery of my phone kong-out as I left my charger in the office. Like most people, I'm a slave of my phone. Without it, I'm lost. All sorts of things could happened - missed appointments, lost clients, angry people who tried to contact me, etc.

Pre-handphone life back then was more simple. And I miss it.

Can't remember exactly the last time, I used a public phone. It was probably in London several years ago when I just want to try using the one in that traditional red box for fun. 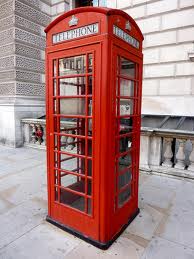 My first handphone was a second hand Ericsson. I was the last among my friends who don't have a handphone. Someone actually bought it for me because of Anwar Ibrahim. It was at the height of Reformasi. Exciting time and I needed to be connected. I used to carry a spare battery as I was always on the road and the phone battery didn't last too long. The phone lasted for about two years. 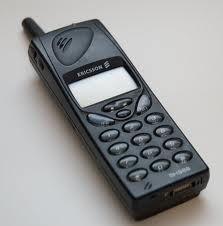 Second handphone was a Nokia. The first model without an antenna. It was the only time I actually bought a phone due to its changgih technology. Top of the line at that time. Can go silent mode, vibrate and change the ring tone some more. My most expensive phone at over RM1k. 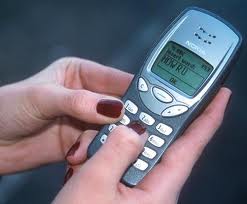 Next was a Nokia butterfly. My favorite phone ever. Bought it when it was already outdated. Still, I love it very much for a reason I rather keep to myself...it was a happy time. I use it for a very long time until one fine day I got so angry with the person at the other end of the line that I smashed it to the wall beyond repair. 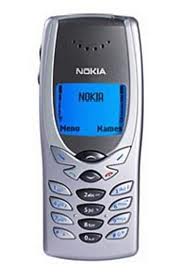 After that I used a few other cheap insignificant phones which model I can't even remember until the person who caused me to smash my Nokia butterfly bought me quite a nice one, also a Nokia, as a replacement. I used it for several years until one fine April morning I smashed that one to the wall too for the same reason like the last time. Sheeesh....

Now, I'm using a Blackberry. Curve - the cheapest one bought with the data package. It's actually more for show than anything else. The internet connection is very slow, that maybe one day I will lose my patient and smash it to the wall too. Well, everyone else have a smartphone these days, at least I have one too. That's what I thought when I bought it. It's perhaps the phone I bought for the most stupid reason of all.

Eh, it's already azan subuh...I better do the necessary and get ready for the day. Crazy me, writing about handphones pagi pagi buta. Never mind lah...I will put some pictures later to make it nicer to read. This old netbook can't do that.