Zarinah should do a Xenophon

Finally. The much maligned former Securities Commission chairman Tan Sri Zarinah Anwar is getting justice done for herself. 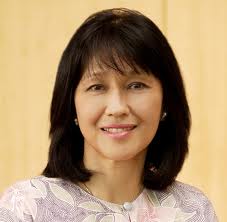 The foreign-funded pro-Pakatan Malaysiakini, which was probably trying to undermine our country's capital market by attacking Zarinah was made to eat humble pie today . You can read it here in Rocky's Bru Page 2


It was however a poorly constructed apology as Malaysiakini, as pointed out by Rocky., didn't even deem it necessary to spell out Zarinah's full name in the content of it's apology. To me, this signify their lack of sincerity and remorse for committing the "error".

It's very unlike the NST's apology to that Australian MP Nicholas Xenophon which I think was excessive. Well, the Aussie, probably instigated by his Malaysian Pakatan friends, is going to sue NST anyway.

I think Zarinah should do a Xenophon too and proceed to sue Malaysiakini despite their apology. which I think was rather insincere. She may clear her name out in open court in the process. Get it done once and for all. Sue them for a couple of hundreds million ringgit. Whatever she won, she can donate it to charitable causes. Zarinah, now no longer in office, got nothing to lose by doing that.

Errr, dear lady....but please don't sue my bloggers friends. Be magnanimous to them, ok? You would made your point already by just suing the good for nothing Malaysiakini leh..

Oh, by the way. Tan Sri, Happy Mother's Day. Hope you enjoy a good weekend with your children.
Posted by BIGCAT at 21:00