My story : My mother


Tomorrow is Mothers' Day. I'm writing this in remembrance of my arwah Mak. Just a short summary of her life for this blog's record.

My mom was born in a village in Batu Pahat, Johor in 1933. She was the third sibling of a large Javanese family. Her father was a carpenter while her mother was a housewife.

Her family was extremely poor. There was no other way to describe it. From what she told me, her childhood was purely a tale of day-to-day survival. Food was scarce and clothes were made of whatever cloth her father could find. Her clothes when she was a little girl were made mostly of cloth from flour gunny sack, patched together by her mother. I know it's hard to believe but those were pre-World War II days of Malaya. 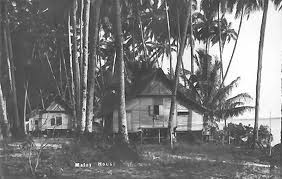 The Japanese occupation when she was nine years old made life even harder. Her favorite brother, my Pak Ngah was her hero at that time. He was probably 13 then. The two of them were mostly assigned to chase away the birds at my grandfather's small patch of land planted with padi bukit which was the family's only source of rice during that period..

My Pak Ngah was the one who took her to join him at a Japanese school whenever they were not chasing away the birds which were eating the paddy.. She told me that she had never been happier at that time then when she first sat in the classroom singing those Japanese songs and learning to read, write and count. She taught me some - ichi, ine, san, see, goh, roku...one, two, three, four, five, six...

It was however at the tail end of the war when my mom joined the class. The Japanese soon surrendered and the school was closed. Except for a little Japanese stuff, my mom never get to learn much else. She had to went back to her routine of helping my grandmother with household chores and looking after her younger siblings.

Later on, she found out that a religious school had been opened near the village. It was the Sekolah Agama Johor type. My grandfather was however against the idea of my mom going to the school as she was already 13. He saw no point for her to get an education as she was already at the age of girls being prepared to be married off at that time. It was normal for girls to get married at such a young age those days.

Defying her father, my mom sneaked out to go to the school. When my grandfather found out about it, she got a walloping from him Her teachers at the school however went to meet my grandfather when my mom stopped going to the school. They told him that she was a bright student and he should let her continue attending school. After much persuasion my grandfather relented. My mom told me that being allowed to go back to that school  was the happiest memory of her childhood. However, everything thought at the religious school were in Jawi. She never learns the Roman alphabets. 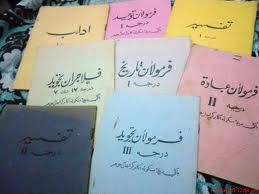 My mom's schooling days were however cut shot. One day, while she was in school, my grandmother turned up at the school, requesting to bring her home. When she asked my grandmother why, she was told that representatives of a family from Muar had came to their house proposing to see her in person for a marriage plan. She was devastated. It turned out that was her last day in school.

Early married life was very tough on my mom. It was after all an arranged marriage to an equally poor family. She didn't even like my dad at first. He was a very serious person, worked hard and not at home most of the time. My mom had to move in with her in-laws after the wedding and they were not very nice to her. Her routine was to wake up very early to prepare breakfast for everyone, then go rubber tapping, followed by attending other household chores etc. My dad, being a filial son let all his earnings to be managed by his mother who was a very strict person in charge of the household spending.

That arrangement lasted until my elder siblings were at the school-going age. My father, against the wishes of his mother decided that his children must all go to school. His mother insisted otherwise as she was of the opinion that children of a laborer like my dad would only waste their time in school. Furthermore, sending children to school at that time will cost a lot of money which my dad didn't have much. It was pre-NEP days. I had previously posted here My story : In the beginning about my dad's insistence on educating his children. For the first time in his life, my dad defied his mother and took my mom and my elder brothers and sisters to move into the laborers' barrack and take charge of his own earnings so that he could allocate some for his children education. My mom remembered the dilapidated small home as heaven, her first real home which also set her free from her in-laws.

Life was still however hard for my mom as my dad's income was meager even by the standard of those days. But she was happy. Her children were going to school and doing well in their studies. My dad, had even insisted for my elder brothers and sisters to go to English-medium secondary schools despite the higher school fees. He was of the opinion that attending English-medium schools will enable his children to get good jobs later on in life - clerks, teachers, nurses, supervisors etc. As I had mentioned previously, he never thought that his children will go even beyond those professions. As for my mom, she was happy enough to see her children being able to go to proper school, which she herself never had a chance to do.

Despite not being able to read the Roman text, my mom was very good with the Jawi. She could read and write in Jawi beautifully. She was also the designated Quranic teacher of the children at the barrack. Her pupils included me and my siblings. There were ten of us.

By the time I was born, life was a bit better for my mom. My dad managed to improve himself over the years and increased the family's income bit by bit. At one point, my family managed to afford a luxury - my dad subscribed Utusan Melayu (the Jawi version, as my mom could only read Jawi). It was only 30 sen at that time, if I was not mistaken. After a while, my mom told my dad that she wanted to try learning to read the newspaper in the Roman text and asked him to switch the subscription accordingly. After much hard work with the help of my dad and elder siblings, my mom learned to read the newspaper. Haltingly but better than nothing, as she so fondly told me. It was a continuing learning process for her. 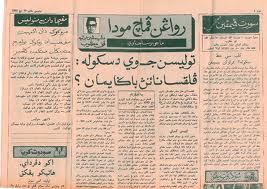 My mom was also fond of taking part in community activities such as religious classes for women, wedding kenduri, Quran reading group etc. Most of these activities were organized by the local Umno people. At one point, she was asked to join the party but she declined. She never care much about politics.

Of course, as far as I am concerned, my mom is the best mother in the world. Her whole life was dedicated to us, her children and the family. She was a good person who never harm anyone. She never craved for much in life and was contented with her children having a better life than she ever had. That was for her the greatest satisfaction of her life. Her few years in our final kampung home after my dad's retirement were the best time of her life. She also got to perform the haj with my dad courtesy of the Johor government which rewards its Muslims employees and their spouse with free flight tickets to perform the pilgrimage upon their retirement.

When my mom was diagnosed with lung cancer in 1996. I was at that time in the midst of preparing for my final year law examinations. It was a devastating blow for me and my whole family. We cared for her the best that we could, but it was a losing battle. Her condition deteriorated so fast that within three months after her being diagnosed, she was in the final phase of her illness. Her last words to me was to settle down and be a good Muslim. She got her wish to have all her children being with her when she breath her last. The last to arrive home was my brother who at that time was working in the UK. I was reading the Surah Yassin at her final moment while my siblings guided her with the final Kalimah Syahadah. Her jenazah prayers were performed thrice due to the large number of people who turned up to pay their last respects. Twice at our home and another at the kampung mosque before she was laid to rest at the nearby Muslim burial ground.

It took me quite awhile to recover from her passing. I was missing my classes so much at that time that I never thought I could pass my final examinations. I was just trying my luck when I sat for them. Miraculously, I did rather well.

I always believed that my mom's prayers for me from the other side helped me through things like that. She must still be there looking after and praying for me and her other children from a much better place.