Ok, I'm giving this another try - who should be my favourite candidate to replace Datuk Abdul Ghani Othman as Johor MB?

My posting on this same topic yesterday had caused some discomfort among some good people, so that I decided to take it down. It was out of respect for those people that I did that for the first time. Apologised some more. Actually, I'm so fond of joking around that sometimes I forgot that some people have rather poor sense of humour. Bad people I don't mind offending too much, but these ones are good people and I rather not cause them too much distress.

To start with,, of course being a supporter of Ghani, I wish he could continue as MB, but I know the man now just want to retire and rest. So, let him be lah. Ghani has already done a lot for Johor. He is already 65, been an MB for 16 years (the longest serving Johor MB ever) and quite fed-up with some of those ingrates who keep on attacking him to get his post.

Now, with the general election being just around the corner, and Ghani's departure seems more certain than ever, candidates for the MB post are lobbying like nobody's business. It's actually quite intense, but fortunately it doesn't affect Johor BN's preparations for the coming general  election too much.

Ghani and his band of people continue as usual, criss crossing the State, checking and tweaking the Johor BN machinery to ensure everything run smoothly once the election date is announced. Looking at the way they work, no one would expect that Ghani is going to retire and his followers need to look for new jobs soon.

As it is typical of Johor Umno, they do fight against each others on certain matters, but the fight will largely be confined among themselves and once they need to unite, they will somehow able to do so, especially when facing external threats. Probably its good decipline and leadership which help them along.

Of course there are some exceptions, particularly in cases of absolute greed or plain selfish stupidity causing cracks within the rank. These however are exceptions rather than  norms.

Yup, really, Jazlan is now at number one. Khaled, who used to be at the top spot had slide to go all the way behind Razali. Those with super duper contacts at high places in KL should double check this in case you all think that I am bluffing.

However as we move along, let it be known that my choice is none of those eight guys in the list.

Mine is a very tough guy. 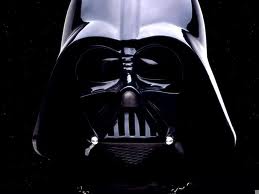 Nope, he is not Darth Vader. That picture is just for fun only....please aarrr....nobody get offended ya.

This candidate of mine is a tough guy because he works really hard for Umno and BN, not a glamour seeker, and had proven to be capable of administering the state's affairs. Most importantly though, this man is incorruptible. He is also arguably the only one capable at the moment of ensuring the continuation of current good works being done by the present State administration.

This choice of mine is really a long shot though and therefore his identity is not important to be revealed here.

I will just pray that PM DS Najib Razak would not overlooked this guy while considering a suitable candidate for the Johor MB post...that is, once he has to do so.
Posted by BIGCAT at 04:13