To our Men In Blue

These are tough times for our men in blue.  Their mettle had been well and truly tested these days, what with the yellow and green stupidities, not to mention the constant harassment from idiots of the political persuasion, and now the Tausug terrorists.

I guess it is fitting that my first posting as the new tenant at BigCat is about the much-maligned boys in blue, eight of whom died this week in the line of duty protecting our sovereignty from foreign terrorists.  My heart goes out to their families, wives and children.

To think that even with the recent sacrifices of our heroes in Lahad Datu, there are those who are still at it with their political crap and unpatriotic stance.  It is astounding reading some of the articles/stories in Malaysiakini and Malaysian Chronicles that I can only term as anti-government propaganda at its best, unpatriotic to its core.  Especially the chronic Chronicles.

I know that they are part of the opposition apparatus, but what I cannot comprehend is their complete lack of patriotism and support for our security forces, its like reading stuff from the Philippines perspective, the anti-Malaysian one at that, using unverified Manila-based rumors and such.  I will not link to them as a matter of policy, as I do not want to be responsible for directing any traffic to their trash.

After all the bullshit that they have been subjected to by the so-called citizens of this country who have been constantly deriding them, I can just imagine the kind of motivation the VAT69 and Special Branch boys have in making sure that everyone involved in the Lahad Datu incident is identified and justice meted. 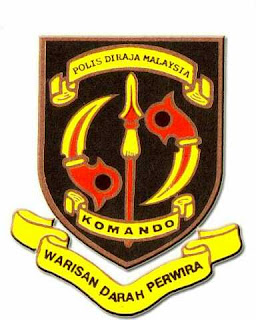 For those who might have forgotten, or too young to know, these are the very same Special Branch unit which painstakingly tracked, profiled and then eliminated the communists way back then, and the very same VAT69 who did their jungle-warfare thing to completely shred the communists to pieces.  They are well and truly blooded.  To those Tausug terrorists and their supporters and abettors, you think you are gonna get away with the murder of their comrades this time around?

To our fallen heroes, Al Fatihah.  To those who are still fighting for our nation's well-being and upholding the laws of our land, May God give you the strength to continue and may God bless you always.
Posted by BIGCAT at 08:56